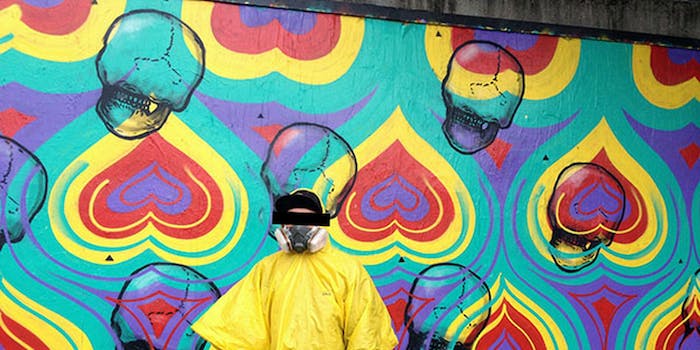 Look at this mesmerizing ‘GIF-iti’ in Paris

GIFs look so good next to the Seine.

For the past few years, a man who goes by INSA has been combining two art forms to create something new: GIF-iti.

The art, which has been found from Paris to L.A., is clearly designed for the Internet but manages to also look beautiful on the street, a rare combination that has endeared the artist to Web surfers and pedestrians alike. INSA paints layer after layer, taking pictures of each change, and then putting them in order so that they loop smoothly back onto each other.

He’s been traveling around the world beautifying walls for several years. Here are a few more neat examples of his stuff:

You can find much more on INSA’s very own GIF-ITI page right here.