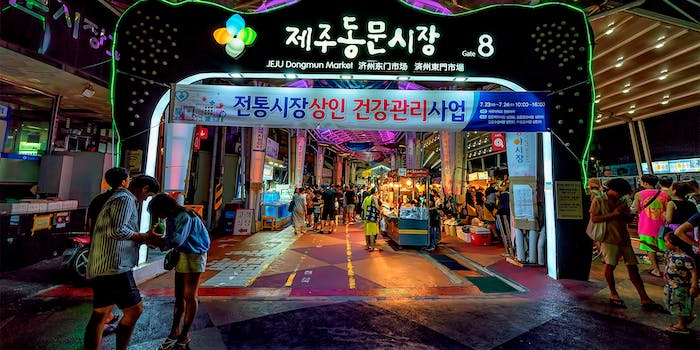 Jeju Seobu Police in South Korea recently arrested a 28-year-old man, identified only as “Kang,” near the Jeju City flea market, on charges of robbery, murder, attempted concealment of the body, theft, and fraud. Strangely, the man claimed to be addicted to streamers and had admitted to spending $47,000 gifting women online for favor.

The suspect told police that he quit his job as a delivery person and did not return the van. He confessed his addiction to streaming women, though it is not yet understood in what capacity. However, he revealed he had spent 10 hours a day streaming, paying an amount equivalent to over $47,000.

According to AllKpop, the incident transpired on Aug. 30 at around 6:50pm on a deserted farm road near the Jeju City flea market. Surveillance footage shows the victim, a 39-year-old woman identified as Ms. Kim, was walking home after stopping by a convenience store after work.

The woman appeared to be aware that a man, allegedly the suspect, was following her. When the suspect ambushed her, she initially resisted the man using an umbrella. The suspect reportedly stabbed the victim and fled the scene. The victim died in a nearby bean field, where she was found by a villager the next day.

Authorities arrested the suspect that evening on Aug. 31 at a parking lot in Pyoseon-myeon, Seogwipo City. In an unexpected twist, the suspect confessed to the crimes, admitting financial difficulties due directly to his streaming addiction. An investigation discovered the suspect planned out the robbery and killing for three days, having selected the location and canvassing the area for a potential victim.

The police said the suspect returned to the crime scene just five hours after the killing to check if the victim was deceased. He then attempted to hide the body. However, after moving the body about five meters, “he gave up and ran away because it was more difficult than he thought.” He took the victim’s cellphone, a credit card, and the equivalent to $8.60 from her wallet.

Before his arrest, the suspect had thrown the victim’s phone into the sea near Oedo Dong, three kilometers from the crime scene. Kang was also found on surveillance buying food at a convenience store using the victim’s credit card.