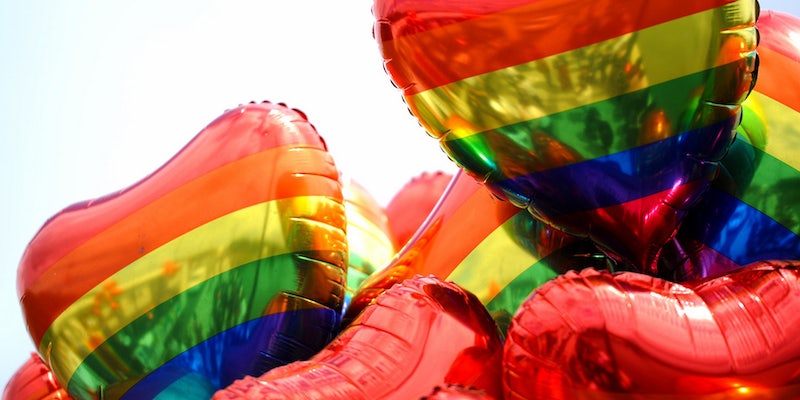 Heterosexual people are so oppressed, you guys. Let's fix this travesty.

If you glanced at Twitter last night or this morning, you may have seen the hashtag #INeedStraightPrideBecause in the trending column. But the hashtag isn’t what you think. It’s a sarcastic series of jokes that proves why the annual June LGBT Pride celebration is still so important.

The jokes about “straight pride” skewer straight white people who get annoyed about marginalized classes getting their own “special days.”

Some of the tweets shine a biting light on stereotypes that affect the LGBT community, such as this one about how gays supposedly molest kids—when in fact, kids who are abused are usually harmed by straight male relatives (like Josh Duggar).

#INeedStraightPrideBecause my husband & I live in constant fear of the #LGBT community who might molest our children. pic.twitter.com/bBiNpPBgIm

Others call out the straight guys casually known as bar sharks who show up at lesbian and queer parties waiting for a queer lady to get drunk enough to go home with them.

But the best tweets are the ones that point out just how dumb the idea of “straight pride” really is, given that our culture is overwhelmingly heteronormative.