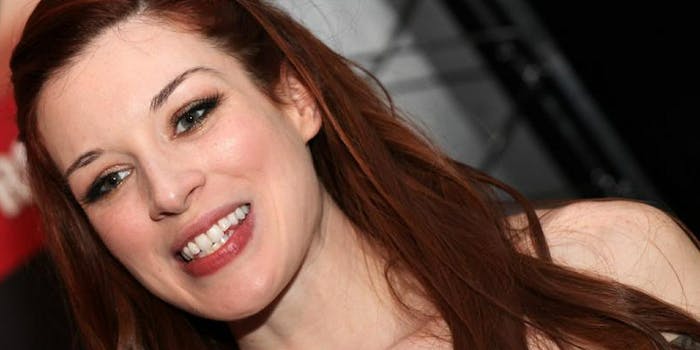 You have my support @stoya . I’m here for you . https://t.co/KQZzHVIwcP

Lux Alptraum, a writer and comedian, also called out Deen and claimed that Stoya was “one of many.”

I will not out survivors, but I will say that I know for a fact that Stoya is one of many.Thanks for speaking out. https://t.co/bNLCabCzhe

One of the big reasons people have kept quiet about James Deen for so long is because he makes people $. Support businesses who sever ties.

Stoya’s accusations of Deen holding her down and ignoring her safe word left fans and colleagues divided, with some rallying behind the hashtag #standwithstoya and showing their support, while others asked for evidence before believing her claims.

Wow! I didn't know. But this has happened to me too in so many situations. All my love to @stoya xoxoxo https://t.co/H9bQPakW9W

Is there evidence the rape occurred? #standwithstoya

I see that Internet Court was convened and ruled in record time.

Deen has done interviews on his feminist views in the past. However, fans also pointed out Deen’s history of making rape jokes on Twitter.

James Deen a rapist? Knock me over with a feather. pic.twitter.com/KrLFGG3euF

Deen’s column on the Frisky has been discontinued, as well as ads linking to his site from the publication. Sex comic site OhJoySexToy also tweeted that it will be removing affiliate links and editing comics that feature him.

There will be no future installments of James Deen’s sex advice column at The Frisky, for obvious reasons. https://t.co/HmLxnhL3JB

I haven’t decided what will be done with James Deen’s published Frisky columns, but the ads linking to his site will be gone by Monday EOD.

Stoya’s email indicates via automatic response that she’ll be offline until Dec. 17, and she’s gone silent on Twitter. We reached out to James Deen’s public relations firm for comment and will update if he responds. So far he’s remained silent on social media since the accusations.

Update 5:36am CT, Nov. 30: Deen has denied Stoya’s claims in a series of tweets calling the allegations “defamatory.”

I want to assure my friends, fans and colleagues that these allegations are both false and defamatory