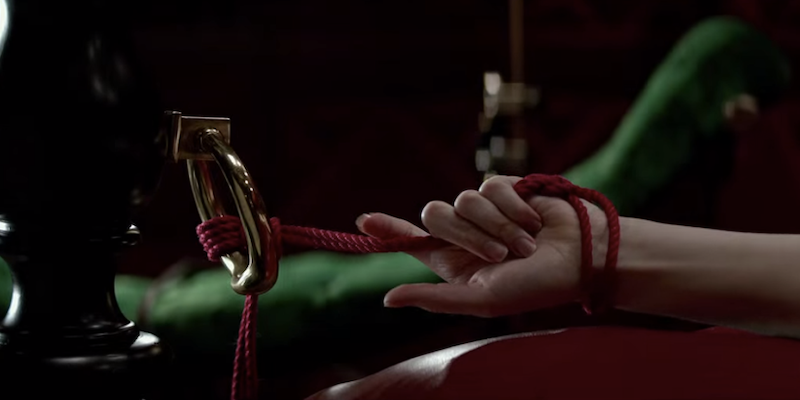 Why feminists are protesting the ‘Fifty Shades of Grey’ premiere

"This movie supports violence against women."

In the weeks leading up to the much-hyped Fifty Shades of Grey premiere, much ink has been spilled over the film: How there aren’t enough steamy sex scenes, how the lead stars secretly hate each other, and how it’s inspired numerous PR firms to come up with witty whipping/spanking puns to help pimp out their products. (“Fifty Shades of Wine,” anyone?).

But what of the feminists and far-right Christian activists who have been criticized the book for years, arguing that it romanticizes coercive sex and domestic violence against women? These protesters have been staying silent—until now. The woman is part of a group called Stop Patriarchy, which describes itself as a “call to action” to “end pornography and patriarchy” on its website. The Union Square protest is just one of many that will be held at theaters across the country, from New York to Los Angeles to the Bay Area, which Stop Patriarchy is promoting with the hashtag #fuck50shades.

“We’re out here at the premiere of Fifty Shades of Grey because the movie celebrates violence against women, and this movement fights against all forms of the enslavement and degradation of women that seeps into all parts of our culture,” Riley, a pixie-like woman with an asymmetrical haircut and nose ring, tells me. “So we’re here to stand up against that.”

Women have been held down by the chains of patriarchy for centuries.Now it's sexy? Fuck that shit! Fight 4 women's liberation! #Fuck50Shades

Since its publication in 2012, Fifty Shades has been maligned by radical feminist and far-right Christian groups, who have found surprising common ground over the film’s depiction of a relationship between Christian Grey, a wealthy, possessive sadist, and Anastasia Steele, the naive, sexually inexperienced woman who finds herself becoming his submissive.

“There’s a lot of people who feel the way we do about this culture or this film in particular, but they’re afraid to voice their opinion,” she said. “We want to mobilize and bring more people into this movement.”