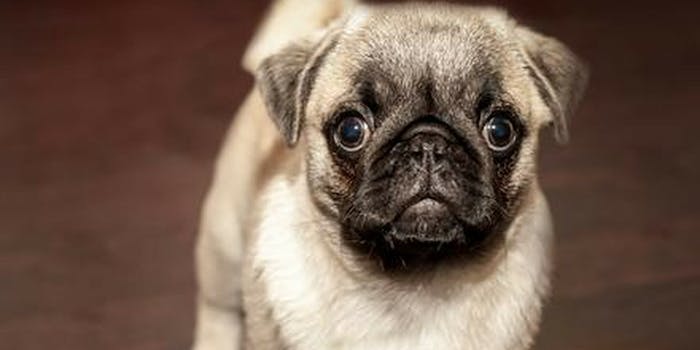 Reunited and it feels so good: pug sees owner for first time after dog-napping

"Her little tail went into overdrive."

As all the dog lovers out there know, one of the best things about our furry canine friends is their (at times overzealous) enthusiasm for our companionship. They jump, bark, run in circles, and wag their tails ferociously when they’re happy to see us, leaving us in no doubt about their affection.

But even the most excitable dogs have nothing on Lola. She’s a pug from the UK, who exhibits what is perhaps the world’s most intense display of love for her owner, Kate Witham, after the two are reunited following a dog-napping. When Witham’s home was burglarized, the robbers seemed to think that a pedigree dog might be worth nabbing, and poor Lola was stolen.

Luckily, police tracked down and arrested three people in connection with the robbery and were able to reunite the distraught owner with her pooch. In an adorable and heartwarming video, owner and pet are brought together again.

“I had been so worried about Lola since she went missing, so when I got the call from the police I was over the moon,” Witham told the Daily Mail. “As soon as I saw her, her little tail went into overdrive and I instantly knew it was her.”

Despite the fact that she looks a tad overwhelmed by this tiny, joyful, wriggly loaf of bread in her arms, it’s clear that Lola’s owner was beyond happy to have her dog back. We can only hope that the two best friends never have to face a horrible separation like this again.