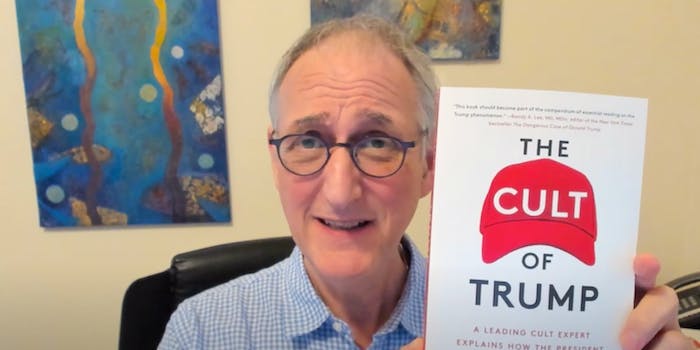 What you saw was not 'highly sophisticated mind control,' Steven. It was pornography.

While hypnosis can get people to carry out specific actions, it can’t force them to do those things if they’re genuinely unwilling to. Additionally, much of the content isn’t actually intended to hypnotize the viewer, it’s just a pornographic fantasy for the viewer to get off to.

Some were admittedly more savage than others.

However, Hassan’s remarks aren’t just a funny mistake by an out-of-the-loop, 66-year-old man. Hassan stated in his tweet he was sent the videos by detranisitioners, people who realize after beginning the social and/or medical transition process that they are wrong about their gender identity and really are the gender they were assigned to at birth.

While detransitioners are very rare among those who undergo or start to undergo a transition, a small but outspoken number of them align with the TERF and gender-critical movements, spreading misinformation about the trans community and working to make it more difficult for people to transition. Given the deeply misleading way they seem to have framed these videos when sending them to Hassan, it would appear the detransitioners he’s talking about had transphobic motives in doing so.

While Hassan hasn’t responded to any of the criticism, he did respond to a Twitter user, @karengeier, agreeing to let her send him a copy of her show in which a trans woman speaks about her experiences with the gender critical “cult.” So perhaps, Hassan will be educating himself on the matter soon.