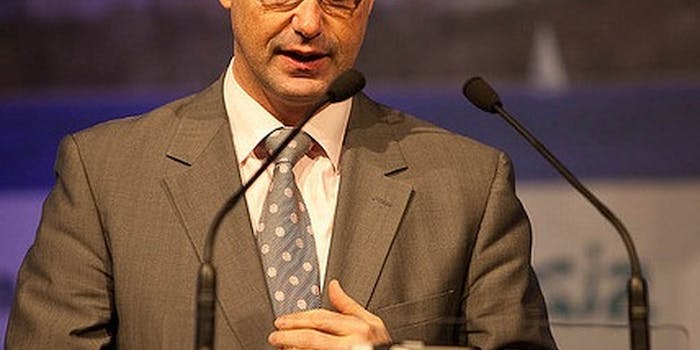 Twitter has been accused of treating Australian laws with contempt by the country’s communications minister after the company declined to pass on information related to cases of abuse.

Stephen Conroy also accused the company of behaving like it was “above the law.”

Conroy criticized Twitter for not being more willing to hand over information it holds on those who abuse others. His comments came in light of attacks on rugby league star Robbie Farah, who this week called on Prime Minister Julia Gillard and the police to take more action against trolls after he received an offensive message referring to his late mother.

The minister urged Twitter to hand over relevant data on users causing offense in order “to help prosecute people in these cases.”

Typically, Twitter does not release non-public information about users unless ordered to do so by a court, subpoena, or “other valid legal process.” it regularly hands over such data to foreign governments if authorities request such information through a court in the U.S.

However, it will fight against what it deems “invalid government requests.”

Over the last few months, Twitter stood behind an Occupy Wall Street protestor by trying to block a court order for information it held on the man. Twitter was later ordered to hand over the data in that case or be fined.

Conroy slammed the company for its handling of the situation.

“They should not treat sovereign nations like Australia, and our laws, with the contempt that they currently are,” said Conroy. “But to be fair to them, they’re treating their own country’s laws with contempt.”

Twitter was a little more willing to hand over information related to a possible threat on Broadway, and declined to offer legal counsel to a man accused of libel in the U.K (though that case was subsequently dropped).

Photo of Stephen Conroy by kjd/Flickr