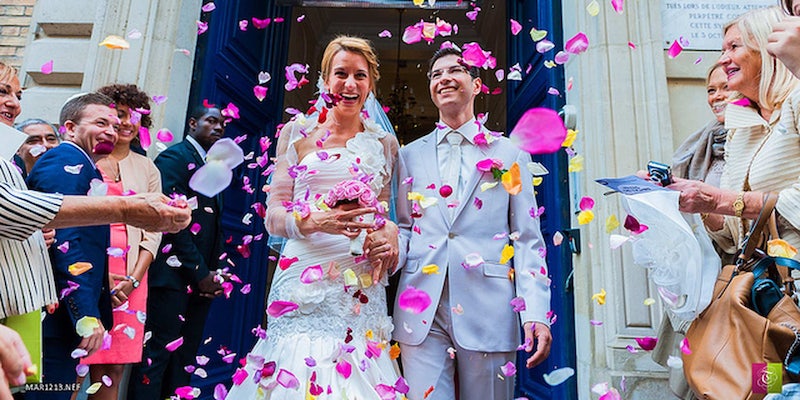 This startup will give you $10,000 for your wedding—just don’t get divorced

There's no such thing as a free gift.

Many people will get engaged this holiday season and if they need assistance paying for their nuptials, they can turn to Seattle-based startup SwanLuv. The company will cover up to $10,000 of a couple’s wedding costs.

The average wedding costs are around $30,000, so this could be a big help. The only catch? If you get divorced, then you have to repay SwanLuv’s loan—with interest as well.

Couples who plan on getting married within two years of applying are eligible for SwanLuv funds and the application process is free. After applicants apply online, SwanLuv will use online data and algorithms to determine which couples will receive loans. SwanLuv CEO Scott Avy told GeekWire that stronger relationships will receive higher interest rates as a way to “protect ourselves as a company.” Though he hopes the marriages won’t end in divorce, he said the reality is that some of them will. After all, up to half of marriages in America do end in divorce.

“It comes back to statistics,” Avy said. “We’ll have the right odds so we’ll be OK. But they won’t be so crazy that no one wants to do it.”

Of course, most people don’t go into marriage thinking it will end badly, despite high divorce rates in America. Avy said that people who feel confident in their relationships will see this opportunity as a “no brainer” and sign up.

“I’m betting on my relationship I’ve established with my soulmate,” Avy said. “It’s going to be a no-brainer for the ones it makes sense for.”

SwanLuv isn’t necessarily rooting for your marriage to fall apart. The company is even trying to provide free marriage counseling for applicants so they can stay together. SwanLuv plans to begin approving loans in February and said only one person will be responsible for paying back the wedding costs if the marriage ends because of abuse. Avy told ATTN: via email that “One of the spouses would have [to] provide evidence from a court of law that abuse had taken place during their marriage.” He also said 100 percent of the money collected from divorces goes towards funding for future couples’ weddings.

While it could take years for SwanLuv to start seeing divorces among applicants, Avy believes that the company is going to make a lot of money in the long run, and he’s likely correct. With divorce rates high and ceremony costs spiraling out of control, there’s a lot working against new couples these days. 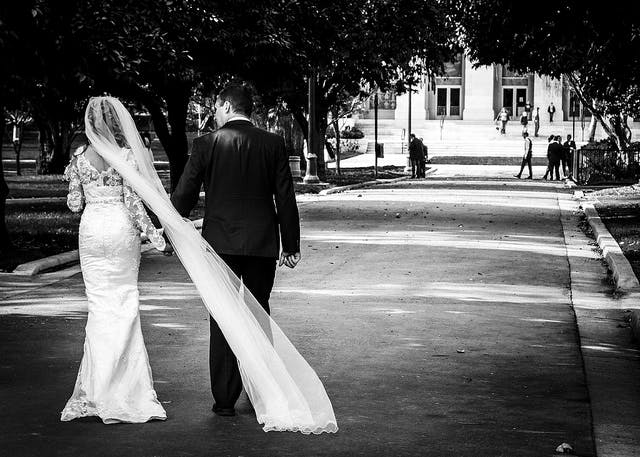 Wedding site The Knot released a survey in 2013 that found the average wedding costs $31,213, and a more recent Knot survey revealed that nearly 70 percent of brides can’t stop thinking about wedding expenses. A 2014 study conducted by two Emory University economists also found that spending $2,000 to $4,000 on a ring increased a man’s chances of divorce by 1.3 times, compared to spending between $500 and $2,000. A 2013 report by Jewelers of America found that the average couple spends $4,000 on an engagement ring.

The age at which you get married can also determine whether your union will last, according to an analysis conducted by University of Utah sociologist Nicholas Wolfinger. Looking at the National Survey of Family Growth data, Wolfinger found that risk of divorce is lower for those who marry in their late 20s and early 30s. Those who marry after turning 32, however, are at a higher risk of divorce.