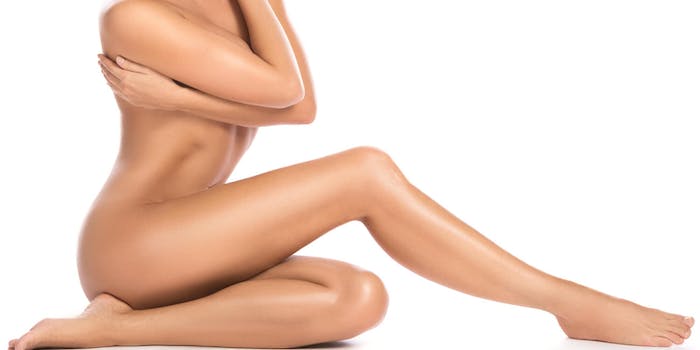 This website mashes photos to generate nudes of fake women

The nudes exist, but the women in them don't.

In an age where you can never be too sure whether the nudes you’re sent are genuine, one startup’s selling point is bold: It generates nudes of women that don’t exist.

There are startups for almost anything nowadays, including canned water for people into metal. We’re not all that sold on hardcore water, but These Nudes Do Not Exist is a startup that reckons it can sell an algorithm’s nudes to the masses.

The formula behind These Nudes Do Not Exist is simple: It takes public domain photos and then generates, via an algorithm, composite nude images of subjects who don’t exist in real life.

Vice reported that the site, which was down as of Wednesday afternoon, was previously offering fake nudes of women generated in this fashion for $1 a pop. It’s all as easy as pressing a button to create your woman from a mish-mash of images fed to the algorithm before heading to the online checkout like any other virtual shopping experience.

The only fake model options are conventionally attractive white women of a slim to average build. The results aren’t posed lewdly, either: They have more in common with product photos on an online store than anything else.

However, the acquisition process behind the photos used by the algorithm are slightly murkier. These Nudes Do Not Exist verifies these photos by reverse-searching them online. Considering the frequency with which nudes of women are leaked, a reverse-search of an image to determine its source doesn’t solve the ethical dilemma of the startup potentially using likenesses of people who have not consented to it.

The technology that the start-up is using is hardly revolutionary to the tech space, but this is likely the first clear instance of the human body being commercialized by it in a sexual manner, even if none of the nude women you can buy from the site are real.

The Daily Dot has contacted These Nudes Do Not Exist enquiring about the ethics behind sourcing its public domain photos and what measures it thinks it should take if it wants to operate responsibly, but has not yet received a response.