Undomesticated equines could not remove us from taking advantage of this deal.

Stargate fans can travel across the cosmos once again, thanks to Amazon’s one-day deals on the sci-fi franchise.

Both Stargate SG-1 and Stargate Atlantis are over 50 percent off today. 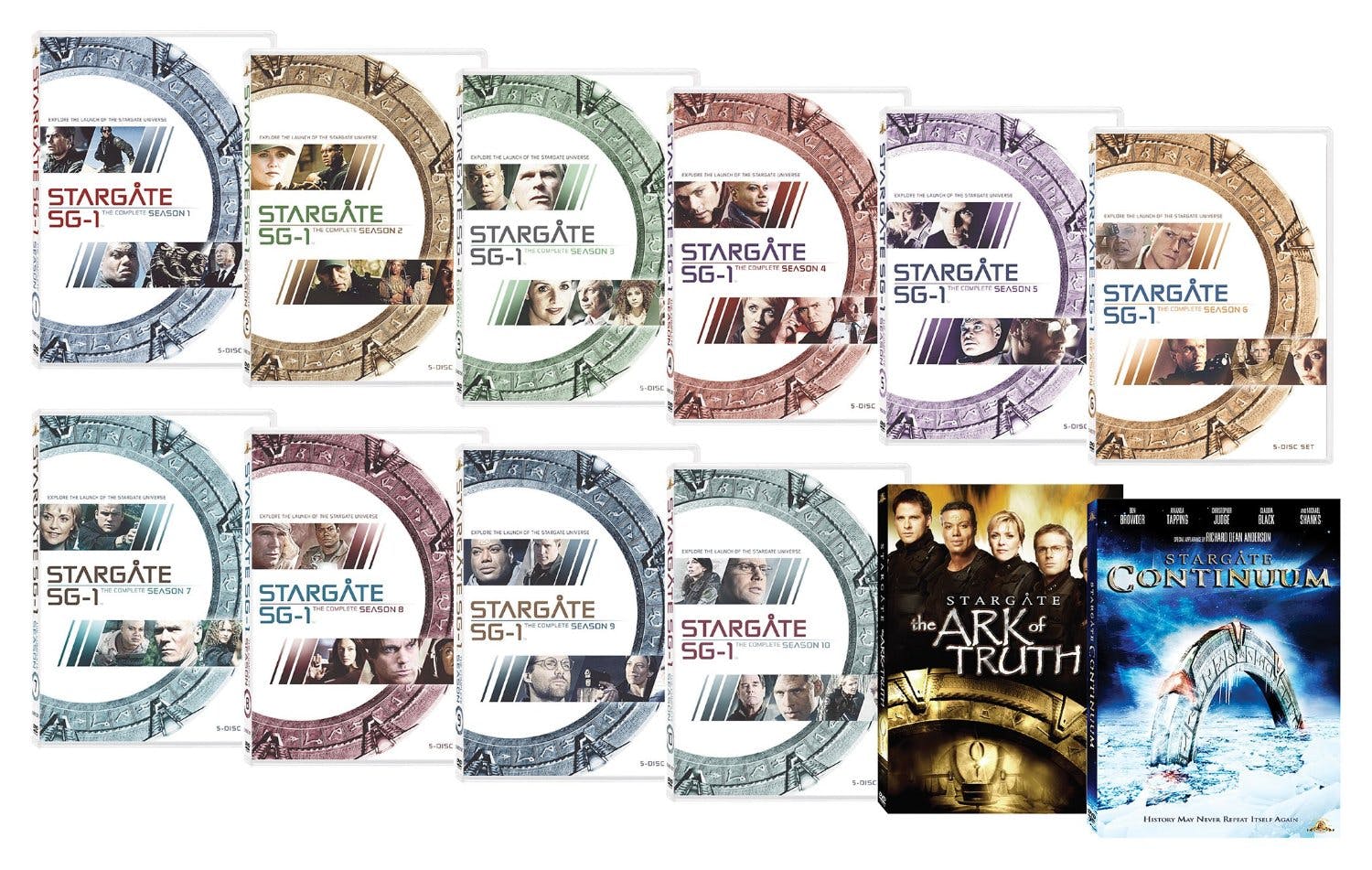 The complete Stargate SG-1 series box set bundle is 57 percent off today. The DVD set includes all 10 seasons, plus Arc of Truth and Continuum, the two movies that continued the series after the finale. That’s over 157 hours of the Stargate universe. It’s normally priced at $150, but you can get it today only for $64.99.

In addition, the Stargate Atlantis complete series is also on sale today for Blu-ray and DVD. Atlantis was the spin-off of SG-1, and included five seasons’ worth of adventures in search of the Lost City. You can save 56 percent on Blu-ray and get it for $38.99, or get it for $28.99 on DVD and save 52 percent.

Check out all the out-of-this-world Stargate deals here.

Best Buy is having Black Friday in July: Here are the top deals