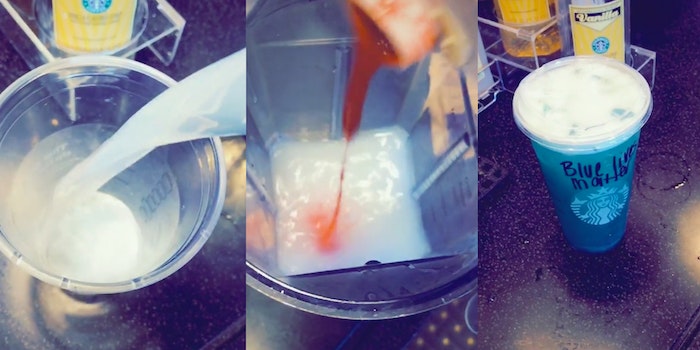 An Indianapolis Target-employed Starbucks barista was fired after posting a video showing viewers how to make a “Blue Lives Matter” drink.