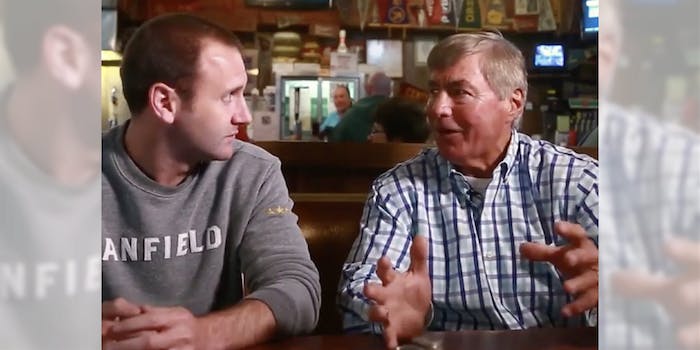 Last year, a Thrillist food critic ranked Stanich’s as the best burger joint in the country, and the restaurant was forced to closed shortly after. It wasn’t totally the critic’s fault, though. The owner was already sinking.

The food critic, Kevin Alexander, wrote a detailed examination of what forced Stanich’s to close, blaming himself for “killing” the restaurant. The restaurant staff reportedly couldn’t handle the absurd amount of customers and increasingly long lines after gaining national attention. Owner Steve Stanich eventually announced the restaurant would take a two-week break to handle its problems but remained closed for the last year. Now, Google has listed the restaurant as permanently closed.

Alexander wrote that some undisclosed “personal problems, the type of serious things that can happen with any family” attributed to the closure of Stanich’s. But a new report reveals that those personal problems included legal woes stemming from Stanich’s allegedly abusive relationship with his then-wife.

The Willamette Week reported that Stanich had been arrested in 2014 for strangling his wife and had violated the conditions of his probation in the following years. She had been the manager of the restaurant for nearly 20 years until a cancer diagnosis. He’d also refused to pay his ex-wife the money they’d settled on in their divorce, which resulted in his being held in contempt of court in 2016, before Alexander’s review was published.

Social media users have criticized Alexander for leaving out the details of Stanich’s legal troubles and taking the blame for the restaurant’s failure.

for the record, the "I killed Stanich's" guy basically just said "he asked me not to go into his personal issues" 😐

By Wednesday evening, Thrillist had added an editor’s note to Alexander’s essay stating that the website is “editing the story to include mention of Steve Stanich’s legal issues.”