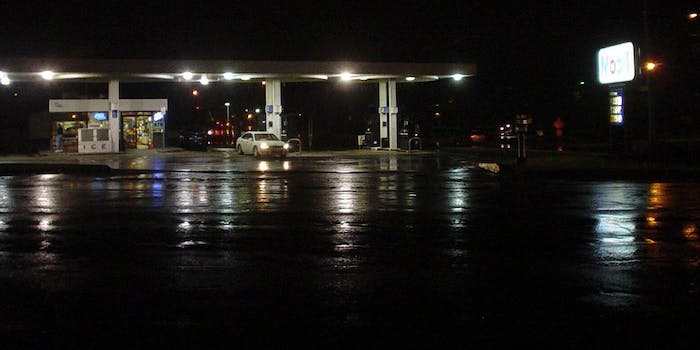 A white police officer shot and killed an 18-year-old black man while responding to a report of a theft in Berkeley, Mo., late Tuesday night, reigniting tensions with the public.

The incident marks the first officer-involved shooting in St. Louis County since the Aug. 9 death of Michael Brown in Ferguson.

St. Louis County Police Chief Jon Belmar told reporters in a press conference early Wednesday morning that the officer fired three shots at the young man after seeing him raise a gun. He claimed that the officer did not have time to use his Taser instead.

“Bad choices were made,” Belmar said.

The name of the victim has not been released, but St. Louis resident Toni Martin said it was her son Antonio.

#LIVE: Chief Belmar won't confirm the identity of the suspect, but Toni Martin says the deceased is son #AntonioMartin . @TheNowTampaBay

Belmar said the victim was “known to law enforcement” for several assault and weapons charges.

Police body-camera advocates have suggested that the devices could help the police department resolve questions over the sequence of events. The officer was wearing a body camera, Belmar said, but it was switched off.

The police department has released the surveillance video recorded at a Mobil gas station where the theft report originated. At 1:39 in the video, the surveillance footage freezes, and a man can be seen raising his arm in the top-left corner of the frame, directly to the right of the “CAMERA29” label.

On Twitter, some are questioning the official version of events, suggesting that the gun spotted at the scene in the aftermath was placed there to support the white officer’s story.

A closer and more conclusive angle is needed if St Louis police wish to prove that #AntonioMartin pointed a gun towards an officer.

Unfortunately it won't really matter what actually happened in the #AntonioMartin killing. If the officer says he was afraid: case closed.

Police are looking for a friend of the victim who they are calling a key witness to Tuesday night’s events. The officer has been placed on leave.