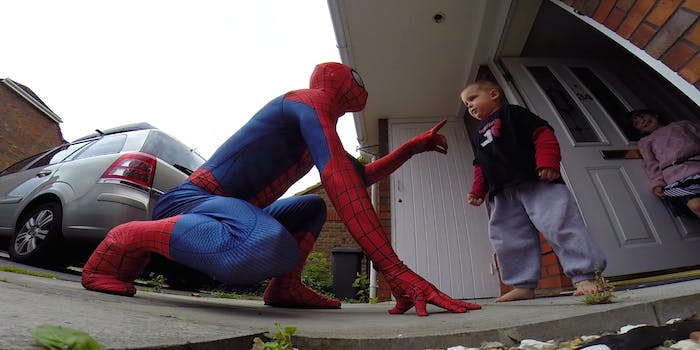 A sick boy had a very special birthday thanks to his friendly, neighborhood Spider-Dad.

Five-year-old Jayden Wilson has been diagnosed with a terminal brain tumor and has about a year to live. His father Mike wanted to make his birthday memorable, so he called on a superhero for help. He donned a tailor-made Spider-Man costume and set up a GoPro camera to capture his dramatic entrance, which included a leap from the roof, because of course Spider-Man wouldn’t just walk up to the front door. The result of Mike’s work is enough to put a smile on anyone’s face.

Does anyone else think that Spider-Man would probably go visit sick children if he didn’t have to fight crime all the time?