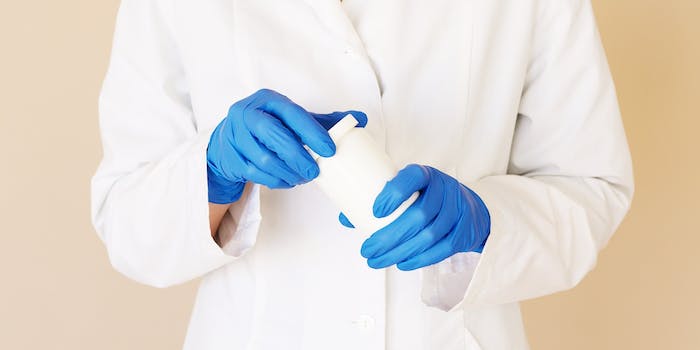 This nurse called her Hispanic and Black patients ‘gang members’

'Imagine her being assigned to you or your relative of color.'

A New York nurse is facing backlash after screenshots of her alleged messages went viral for its anti-Black and anti-Hispanic content.

In the messages, shown in the Instagram chat screen of a user named Emilia Agnieszka Leokadia, the woman is seen boasting about being a racist and calling Black and Hispanic people “disgusting,” among other things.

“As a matter of fact…I am rasict (sic)…you’re right,” she said in a series of messages, according to screenshots shared by culture and entertainment platform Baller Alert. “I will never marry or date anyone besides a white kid…Bc I do think Hispanics and Blacks are f*cking lazy…And a part of gangs.”

“Why” says the person on the other end of the chat thread.

The woman goes on to justify the racist statements by saying she works in health care.

She goes on to say she “see[s] things differently” because of this, and expresses anger that half of her paycheck to “goes to these scums it’s disgusting.”

It’s not clear how her paycheck goes to the community. She then goes on to compare them to veterans who she claims get “stepped on” after serving the country and fighting for it.

“They deserve more rights and everything bc they fought for our country and they get treated like dirt,” she goes on. “The working class middle class population work so hard and half our taxes go to ppl with welfare that cheat the system. Or Spanish ppl that have 9 babies and don’t work they just let us pay for their shit. So I’m glad Trump is trying to fix it bc I’m f*cking done w it.”

The rest of her messages weren’t available in the post, which was uploaded on Instagram on Wednesday.

Her Facebook profile was unavailable on Thursday evening when the Daily Dot ran a search for it. Her profile did not show up on Instagram either.

Keyanna Allen, a pharmacy technician, posted on Facebook about her concerns that a woman with these kinds of beliefs is holding the lives of so many people in her hands.

“I don’t think it’s safe to have Emilia care for any minorities at North Shore LIJ Southside Hospital,” she wrote in the post which has gone viral. “As a future nurse, these are her views. Imagine her being assigned to you or your relative of color.”

In the Instagram post by Baller Alert, many pointed out that the user’s tendency to differentiate Black and Hispanic people against veterans was ignorant, in that she was insinuating that veterans are only white.

“Quick question, does she think veteran=white? Because there are DEF Black and Hispanic vets lol,” wrote one.

“We apologize to everyone for these unfortunate social media comments,” Northwell Health reportedly said in a statement. “The situation involving these social media posts is being investigated. Northwell Health does not tolerate discrimination; it promotes an environment of inclusiveness and respect for diversity.”

The nurse is reportedly an alumna of the Alpha Xi Delta sorority, which also issued a statement on Facebook condemning her comments.

“We do not and will never condone this mindset. We have immediately taken action in speaking with our National Headquarters about her affiliation with this organization and will continually work to educate ourselves, listen to people’s stories, and amplify the voices of those who need to be heard,” the sorority said.