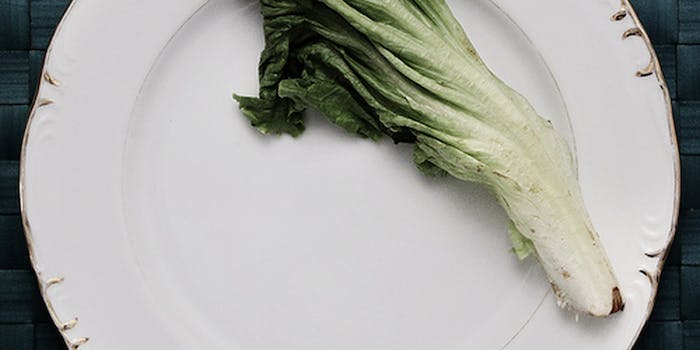 Another day, another study that might be true but more likely will turn into another instance of media reporting incomplete scientific information as fact. But we’ll take the bait, since this time it involves our precious time on Facebook.

According to an analysis by the University of Pittsburgh School of Medicine, greater social media use among young people is linked to a greater risk of developing an eating disorder. But let’s unpack that a bit.

The study participants filled out two questionnaires, one about their social media use, and one that assessed their eating disorder risk. “The results from this study indicate a strong and consistent association between social media use and eating concerns in a nationally representative sample of young adults aged 19 to 32 years,” says the abstract of the study, which sampled 1,765 U.S. adults in the aforementioned age range.

According to lead researcher Jamie E. Sidani, it’s common knowledge that exposure to media like fashion magazines and television can result in the development of eating disorders, and that “social media combines many of the visual aspects of traditional media with the opportunity for social media users to interact and propagate stereotypes that can lead to eating and body image concerns.”

Participants who spent more time on social media, whether that was more visits per week or longer visits per session, “had 2.2 times the risk of reporting eating and body image concerns.” But it’s not as simple as “Facebook causes anorexia.”

Time spent looking at photos of other bodies could certainly trigger disordered eating—but those who have body image issues could also be drawn to a site where they could compare themselves to other bodies. Dr. Brian A. Primack, senior author of the study, said the analysis could not determine which came first, the disordered eating or the social media use.

Still, it’s not hard to see how looking at heavily edited photos of celebrities, “fitspo” stars, and that one friend of yours who is always on vacation and looks great in a bikini could make you at least more aware of how your body measures up. So, as a helpful reminder, the thigh gap is a total lie.