Secret Snapchat accounts peddle scandal, smut, and sleaze—and the victims may have no idea.

She’s posing the same way in both selfies: face just out of frame, one hand pulling her shirt up to reveal a trim abdomen. The second, shot in a bedroom, reveals her bra and underwear.

“BornBeefy” said she was 18. He was obsessed with her, and he wanted to share the Snapchat photos he claimed she’d sent him. He posted them on Bodybuilding.com.

“Got pics of oneitis on Snapchat today (PICS) (hnnng) (dat ass/10),” he bragged in a thread last year. “Almost died of a hnnng attack. Am I going to make it?”

In brospeak, “oneitis” is the “illusion” that “a particular woman is actually special.” His fellow Bodybuilding.com readers liked what they saw. Over the course of 160 replies, the forum members debated the woman’s attractiveness, intermittently squabbling on other topics. At one point, the original poster uploaded another saved snap. He used a paint tool to obscure her face—but barely.

Finally, he mentioned he’d never met this person. “I randomly messaged her on [Facebook] after she gave me a boner on [Instagram], love at first sight,” he wrote. In other words, he couldn’t confirm her age or identity. He couldn’t even be sure that his crush wasn’t a catfish, using snaps obtained elsewhere. These photos disappear from Snapchat’s servers after just a few seconds, but there are third-party apps designed to cheat that system. BornBeefy used something called SaveMySnaps to keep the woman’s photos without her realizing it.

Snapchat has embraced the smut 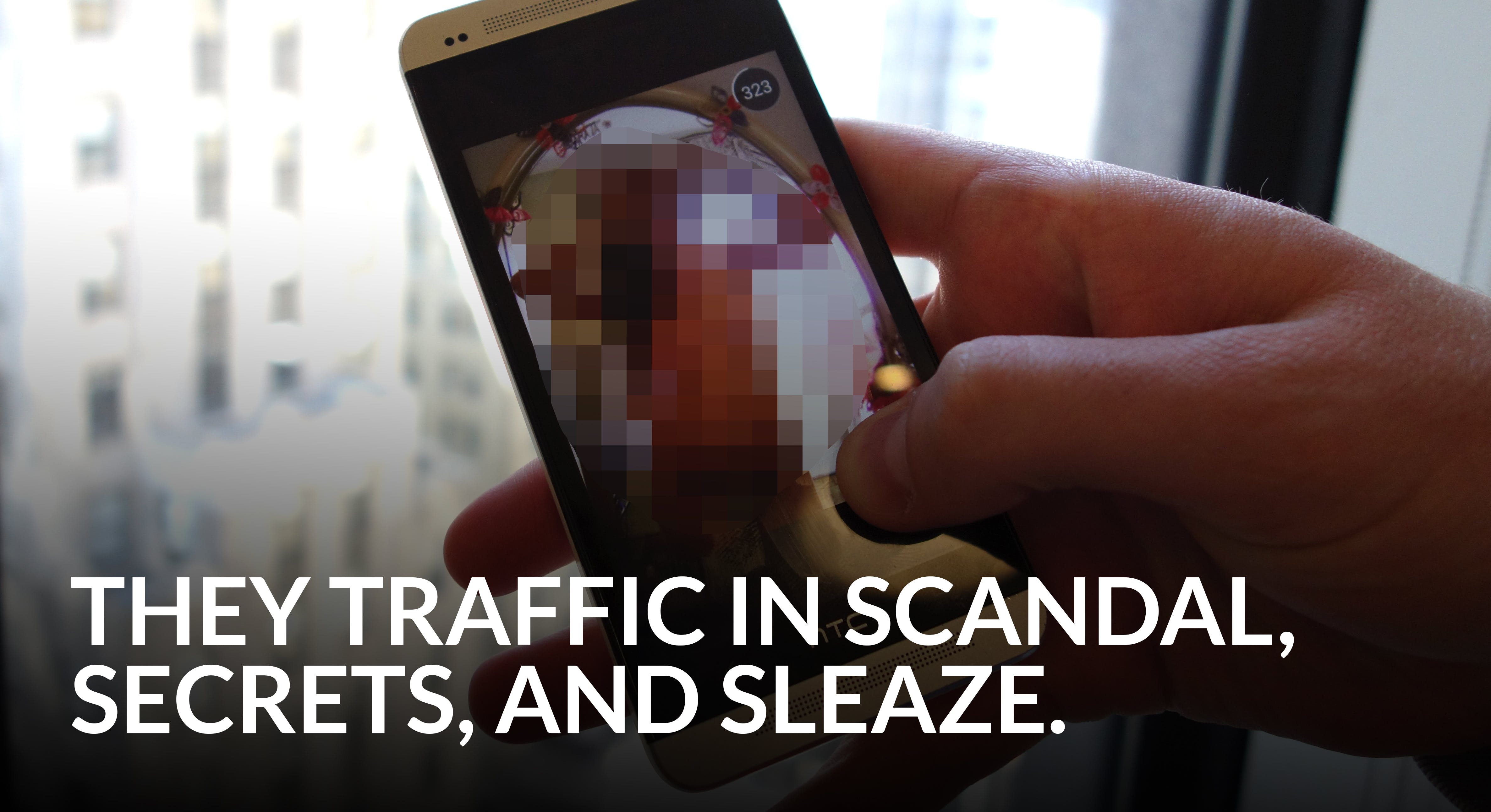 Snapchat has, to its credit, tried to crack down on piggybacking apps that harvest snaps, and not a moment too soon: its largest security breach, “the Snappening,” resulted not from a direct attack but the hacking of Snapsaved. Users now receive a notification if a photo is retained by these apps, and the company reserves the right to ban repeat offenders. It also took steps to protect its not-quite-secret application program interface, or API, from developers who would abuse it for that very reason—after the Federal Trade Commission followed up on a complaint that Snapchat’s privacy claims were misleading.

There isn’t a lot Snapchat can do about the simple workaround of screengrabs, however, and with the sheer amount of explicit imagery filtered through the system daily, many get privately archived. The app tells you when this happens, but that’s the extent of its involvement. It’s a warning that comes an instant too late: Sorry, but you’re out there now.

These accounts advertise websites like SnapSext.com and SnapGFs.com, where visitors can, for the price of a zip code and email address, browse galleries of “intercepted selfies and personal videos”—and even upload their own. The elements of deceit and privacy invasion are emphasized; a snap is likely to bear a caption along the lines of “for your eyez only” or a playful “Show anyone and i will kill you.” That you shouldn’t have access to these photos is almost entirely the point, and the sites hammer it. They traffic in scandal, secrets, and sleaze. 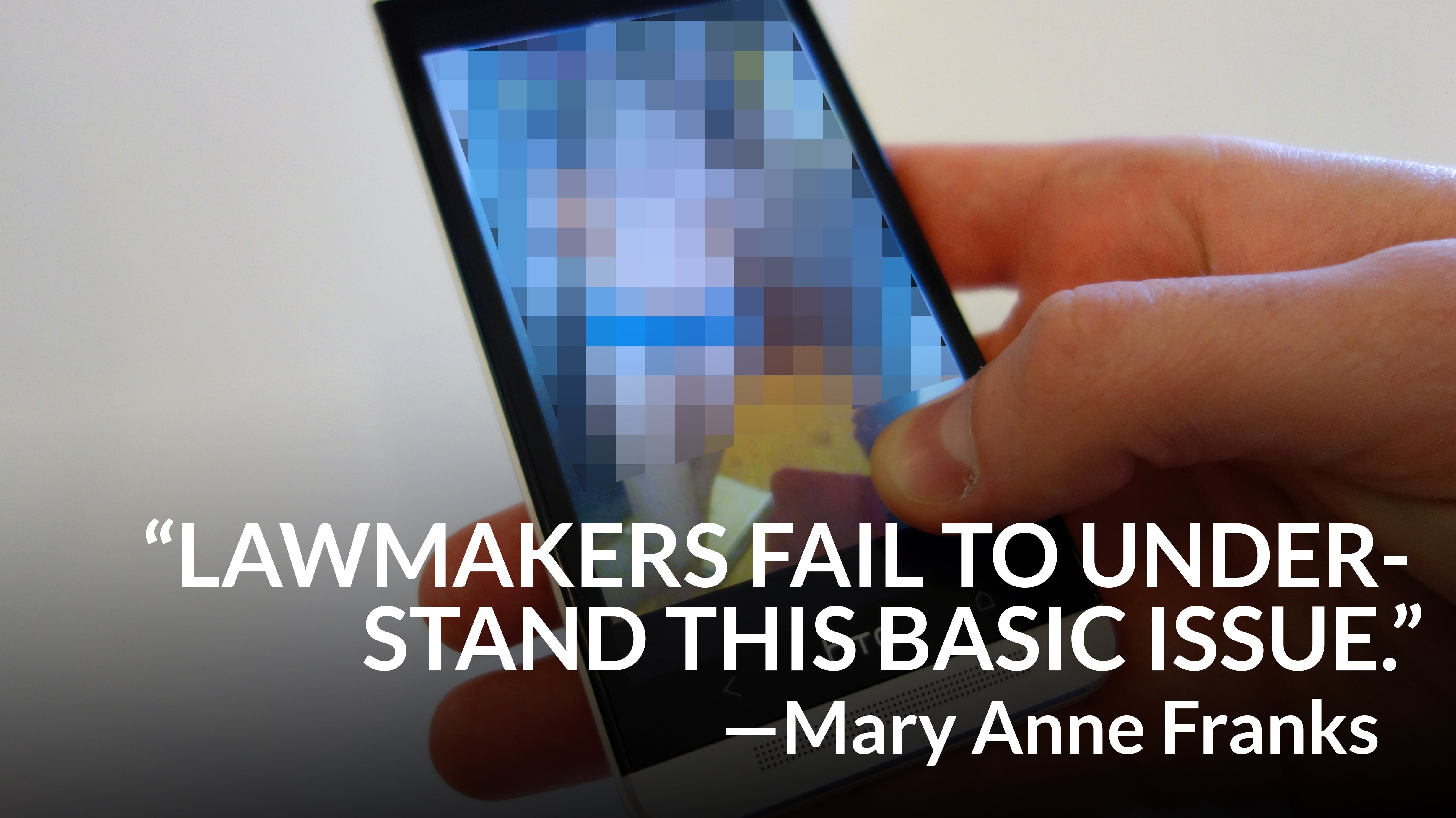 The black-market Snapchat businesses seem predicated on these other concerns and wholly indifferent to the potential consequences for a victim. Rarely does it appear as if personal humiliation is an objective. In fact, it’s in the best interests of these trading hubs that their non-consenting participants never find out they’ve been exposed this way. That said, a victim can’t necessarily press charges.

I’ve now worked with more than two dozen states on legislation protecting sexual privacy, and it has been demoralizing to see how many lawmakers fail to understand this basic issue. They write bills that apply only when the disclosure of intimate images is done with the intent to harass or harm the victim, and sometimes even require that the perpetrator and the victim have an intimate relationship. Consider how the numerous state and federal laws protecting against the unauthorized disclosure other forms of private information, such as medical records and financial data, don’t include these arbitrary requirements. Imagine a law that only prohibited the unauthorized use of credit cards if the perpetrator did it to hurt the victim’s feelings!

Perhaps because Snapchat’s Community Guidelines identify harassment and the exploitation of minors as grounds for suspension, they’ve mostly till now made examples of accounts that document the sordid side of college life.

Plenty of the photos featured on Arizona State University’s now-defunct SunDevil_Nation or Auburn University’s auburn.snap depict students smoking weed or playing beer pong, though others fall into the rapidly metastasizing category of “#postsmash” pictures. These typically frame an undressed female subject in bed, with captions that suggest she’s passed out after a bout of drunken sex or still sleeping one off in the morning. In either case, her obliviousness—and lack of consent—take center stage. 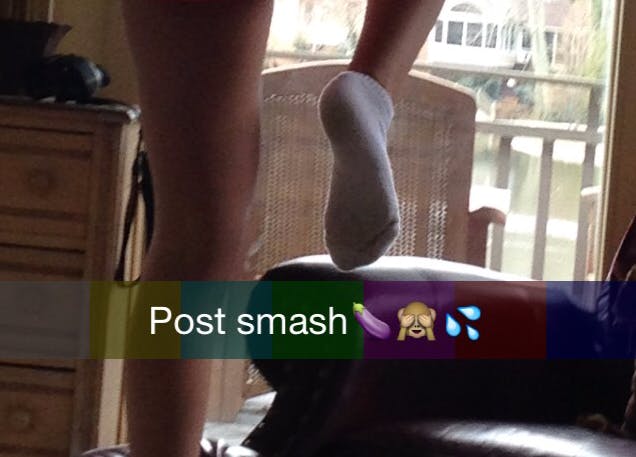 Who’s at fault—and what we can do

For the failure to forcefully curb nonconsensual porn, or the “fetishization of unwilling participants for sexual use,” Franks blames, of all unlikely suspects, the American Civil Liberties Union. “When the issue first began receiving extensive public attention,” she wrote in the Huffington Post, “ACLU representatives went so far as to suggest that no criminal law prohibiting the nonconsensual distribution of sexually explicit images was permissible within the bounds of the First Amendment.” They soon reformed that view but went on to convince state legislators to “only criminalize the unauthorized disclosure of sexually explicit images when it is done by an intimate partner for the purpose of harassing the victim.”

Just how do we measure the extent of personal malice? And how intimate are one-night stands, really? These vagaries lay bare the inefficacy of our current revenge porn laws. Misogynist social norms need to change, Franks said—one of the Penn State frat brothers was so bold as to defend the secret Facebook pages as “satire”—but that’s just part of the puzzle. “Treat sexual privacy with at least as much respect as we treat medical or financial privacy, both in the law and in society at large,” she urged. “Tech companies need to make it much harder for people to use their platforms to engage in sexual exploitation.”

Odds are, those companies would agree. Though they’ll have to figure out where to start.

Photo via Kayla Kandzorra/Flickr (CC BY 2.0)