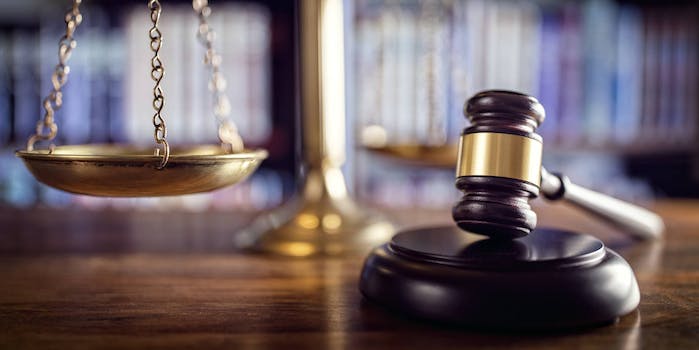 Photo via Brian A. Jackson/Getty Images

Screenshots were used as evidence in the trial.

Rashad Deihim, 21, and Kailyn “KK” Bonia, 20, have been found guilty of raping a 16-year-old girl while a third person posted video of the rape to Snapchat.

Deihim and Bonia were convicted of assault, kidnapping, and intent to rape for the attack in Saugus, Massachusetts, in 2014. Testifying in court, the victim said she remembers Bonia attempting to kiss her. “I was like, ‘I know what you’re doing.’ That’s all I remember. That was my last legit memory,” she told the court. She also says she remembers telling them to stop taking photos of her, and waking up confused. “I really thought those people were my true friends,” she said.

Sydnee Enos testified that she saw the video, allegedly recorded by third suspect Timothy Cyckowski, on Snapchat. “I called Tim to ask him what he was doing because what he was doing was completely wrong,” she testified. Enos also took screenshots of the Snapchat video when she realized the victim was attempting to fight off Deihim and Bonia, and those screenshots were used as evidence in the trial.

The social media company released just one of the three videos Enos testified to seeing, which Judge Kathe Tuttman deemed inadmissible because Snapchat didn’t provide testimony as to why just one video was saved to its servers.

“We produced all available information that was responsive to the search warrant,” a Snapchat spokesperson said in a statement to the Daily Dot. The company also pointed to its support page, which outlines how and when content on Snapchat is deleted.

This isn’t the first time Snapchat has been used to broadcast a rape, however. Earlier this year, three teens posted video while they sexually assaulted a 15-year-old girl on Snapchat, and a University of New Mexico student sued the school after three UNM football players allegedly raped her and “recorded scenes on their cellphone to send around to others via Snapchat and the internet.”

Update 2:40pm CT, July 20: Updated to include response from Snapchat and remove insinuation it was being uncooperative.