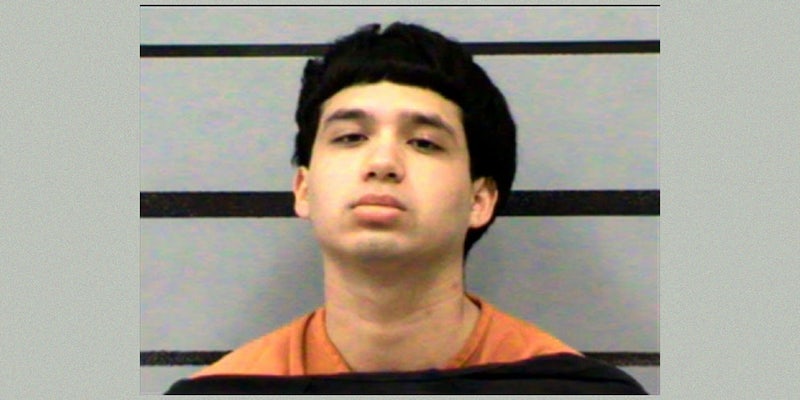 Man pleads guilty to assaulting his girlfriend for using Snapchat

The ‘only words I remember before he started beating me was, 'You have a f***ing Snapchat,’’ the girlfriend said.

Speaking to BuzzFeed News, the now-19-year-old girlfriend, Soledad Torres, detailed the violent incident, saying that Marmolejo had been unfaithful to her, and he believed that she would be as well. “He then didn’t trust me because he thought I would do the same thing he did to me, so he made me delete all my social media accounts, took me away from school, work, my family—especially my mom,” she told BuzzFeed News.

When Marmolejo returned home on June 17, 2017, she says he confronted her and quickly became violent. “His first words and only words I remember before he started beating me was, ‘You have a fucking Snapchat,'” said Torres.

According to the warrant attained by KCBD, Marmolejo began slapping and punching Torres, then stomping on her after he knocked her down, all while accusing her of cheating. She attempted to escape to the bathroom, but he reached her before she was able to lock the door. He threw her to the ground again, then slammed her head on the side of the tub several times. At this point, Torres blacked out. When she opened her eyes, Marmolejo was calling 911; he reported what had unfolded as a burglary, threw the phone at her, and left.

Responding officers reported they found Torres in a pool of blood on the bathroom floor with a part of her skull exposed. She needed 15 staples and three stitches for the wounds Marmolejo inflicted.

Now, nearly a year later, Marmolejo has pleaded guilty to aggravated assault with a deadly weapon and may be sentenced to up to 20 years in prison. Through all of her trauma and recovery, Torres has remained strong, telling KCBD last August, “I felt myself changing for a while but I’m going to help this make me stronger and I’m going to smile even bigger. It’s not going to ruin me.”

Torres hopes what happened to her will inspire others. “Let my story be the reason why y’all stand up and speak out to stop the violence,” she told BuzzFeed News, “to show the people that domestic violence is a real issue and is taken very seriously.”