How camgirls are making thousands of dollars on Snapchat

Last weekend, at the SLS Hotel in South Beach, Florida, approximately 25 camgirls milled around excitedly inside the hotel’s poolside meeting room, enraptured by the pitch they were being sold. On screen were the words: “You are in control.”

The seminar at the 2015 camming conference Cam Con presented the ins and outs of a new app, Chatstar. Customers find a model on the Chatstar site and they pay for her phone number for a month. (It’s all routed through a system, so no one’s actual digits are being given out.) The models then choose the rates and customers pay for incoming and outgoing texts. 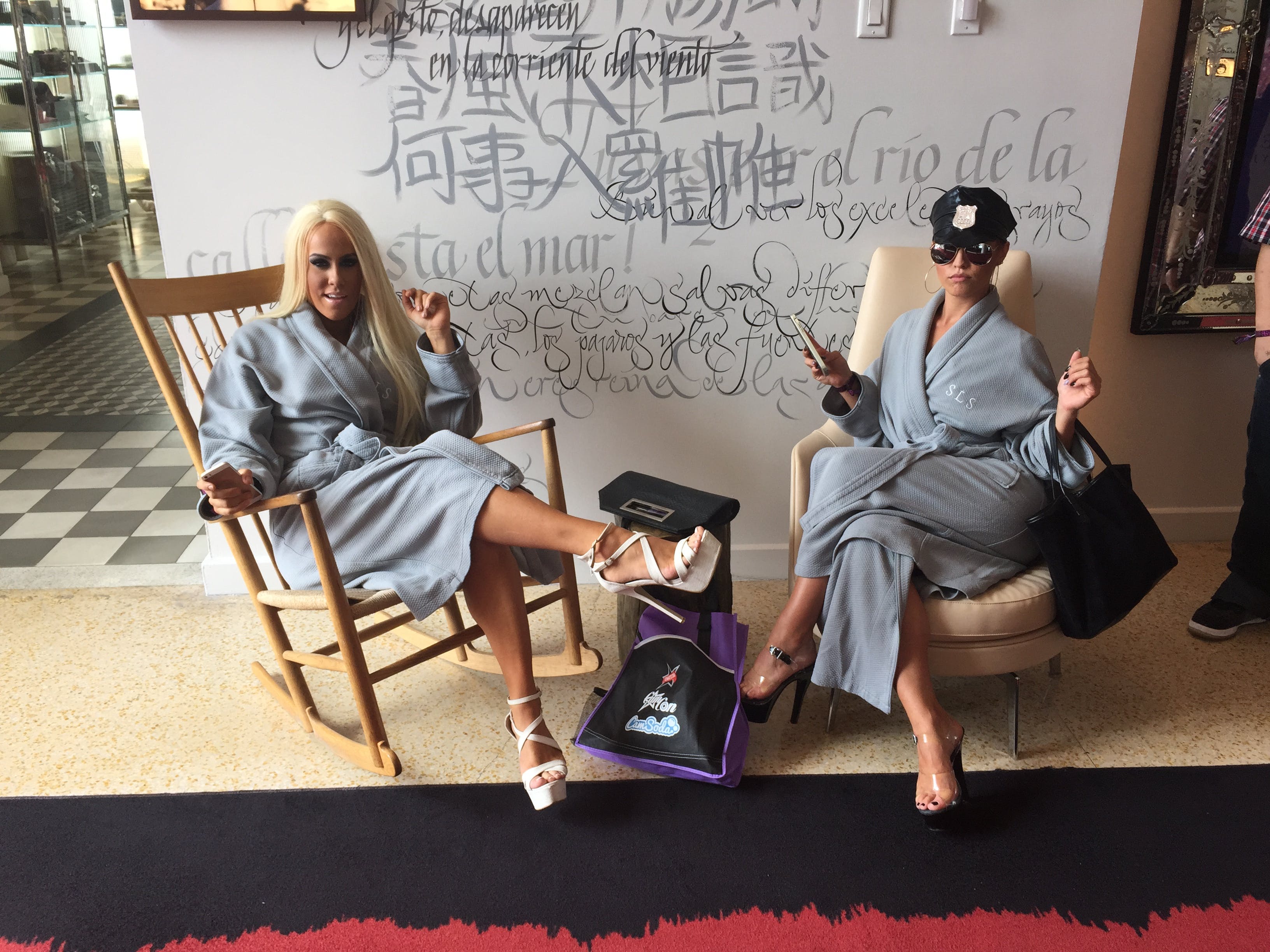 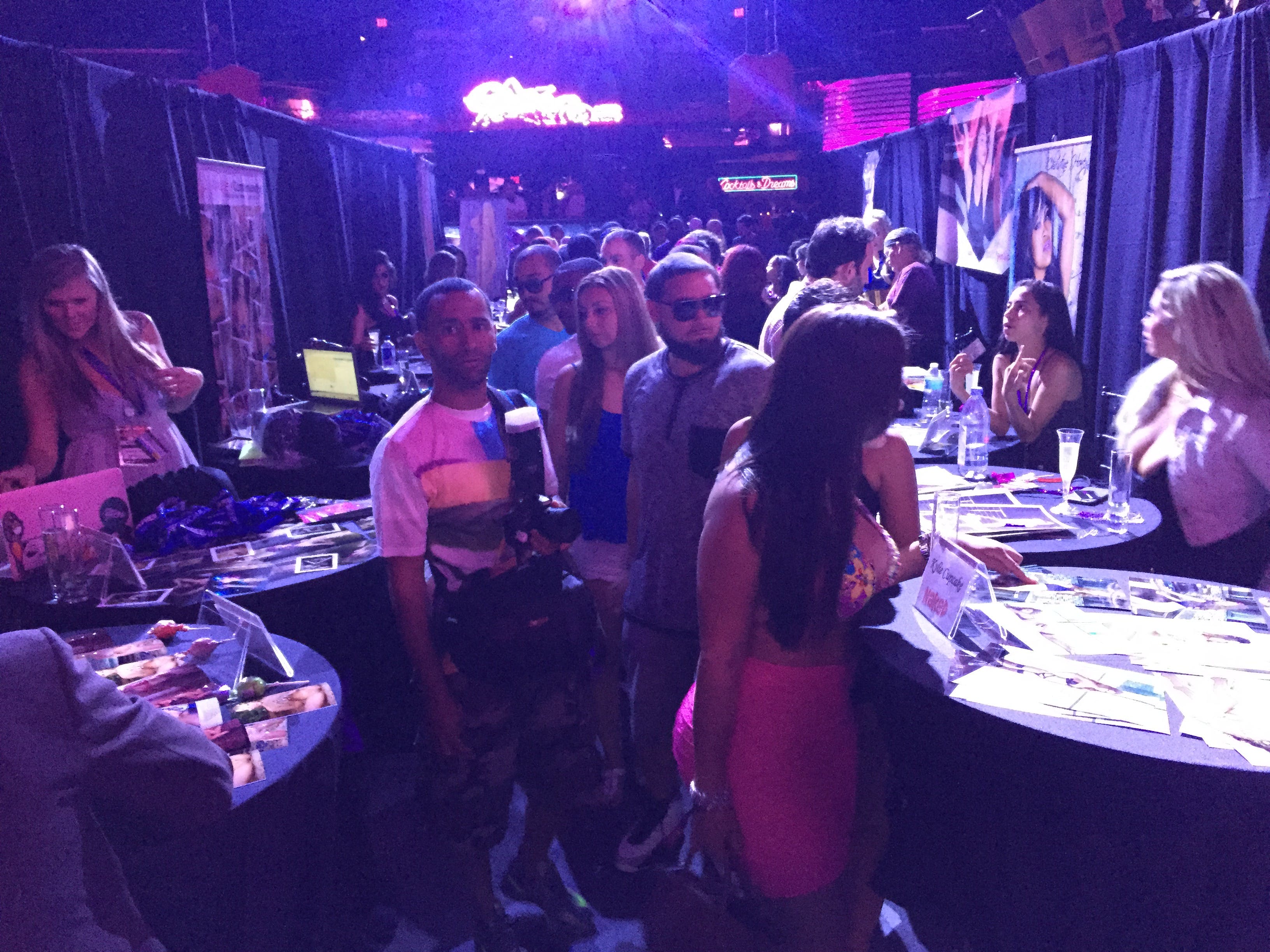 Because most social media sites prohibit nudity and sexually explicit content, camgirls are obviously limited in how they can market themselves and interact with fans. That’s why camgirls are constantly developing new and elaborate ways to generate revenue. They do a delicate dance of promoting themselves online and through social media sites, while not obviously breaking the rules.

All the women the Daily Dot spoke with emphasized that Twitter is their preferred format for promoting. And though Twitter has strict rules against selling adult or sexual “products” on its site, no doubt we’ve all seen a boob or two on there. There was little talk of ways to make money on Twitter, but camgirls seem to be able to turn a profit using Snapchat and Instagram, but sometimes by not playing by the rules. 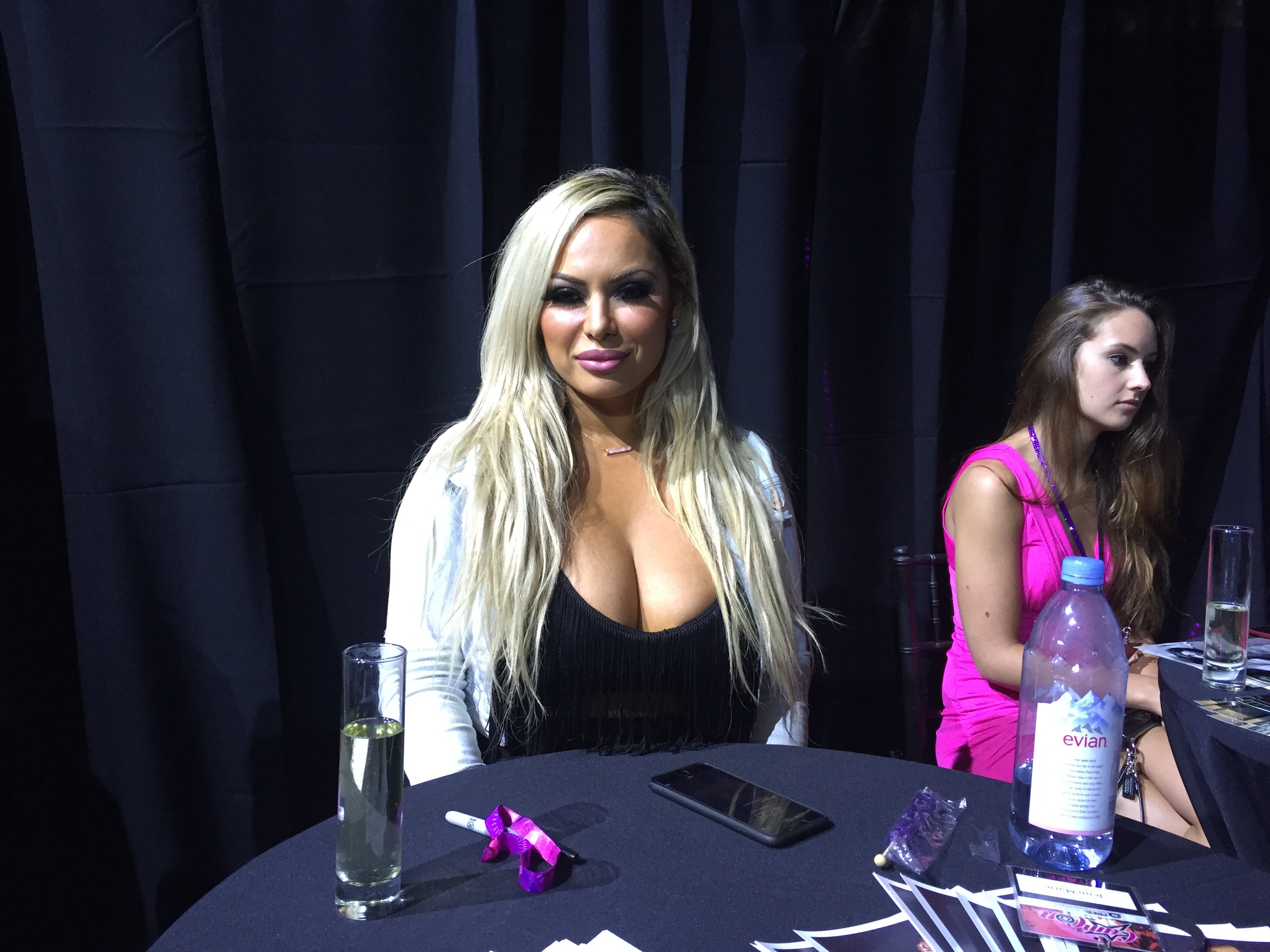 Jaen doesn’t do any camming work. As far as using other platforms like Twitter, she’s not a huge fan, admitting: “I don’t think I have anything to say.” She makes cash on Instagram by modeling clothes that companies offer her. She’ll post a promo code along with her photos, and she gets a kickback when someone uses the code to buy from that brand.

While this doesn’t necessarily sound like a reliable form of income, it seems to be working out pretty well for Jaen. Recently, Stacked Magazine got in touch with her to offer her a modeling contract. And although she doesn’t cam, she said she just started using Chatstar to interact with fans.

The ways in which camgirls use social media are plentiful and constantly evolving. Cam performers integrate different platforms and cross-promote with them, driving customers to their own sites. But with the 2014 launch of Snapcash, the Venmo-like service that allows exchanges of services for currency on Snapchat, models now have a quick and efficient way to trade private snaps for cash.

The question of whether camgirls use Snapcash to interact with fans is one that the women at Cam Con were largely hesitant to answer. Many insisted they didn’t use it, in large part because Snapcash is ostensibly not to be used for “adult” purposes. When asked last year if Snapchat permits XXX performers to use the app as a commercial platform, a Snapchat spokesperson told the Daily Dot: “Users cannot buy, sell, rent, lease, or otherwise offer in exchange for any compensation, access to your Snapchat account, Stories, Snaps, a Snapchat username, or a friend link without Snapchat’s prior written consent.”

But of course, that doesn’t mean that performers don’t do it anyway. 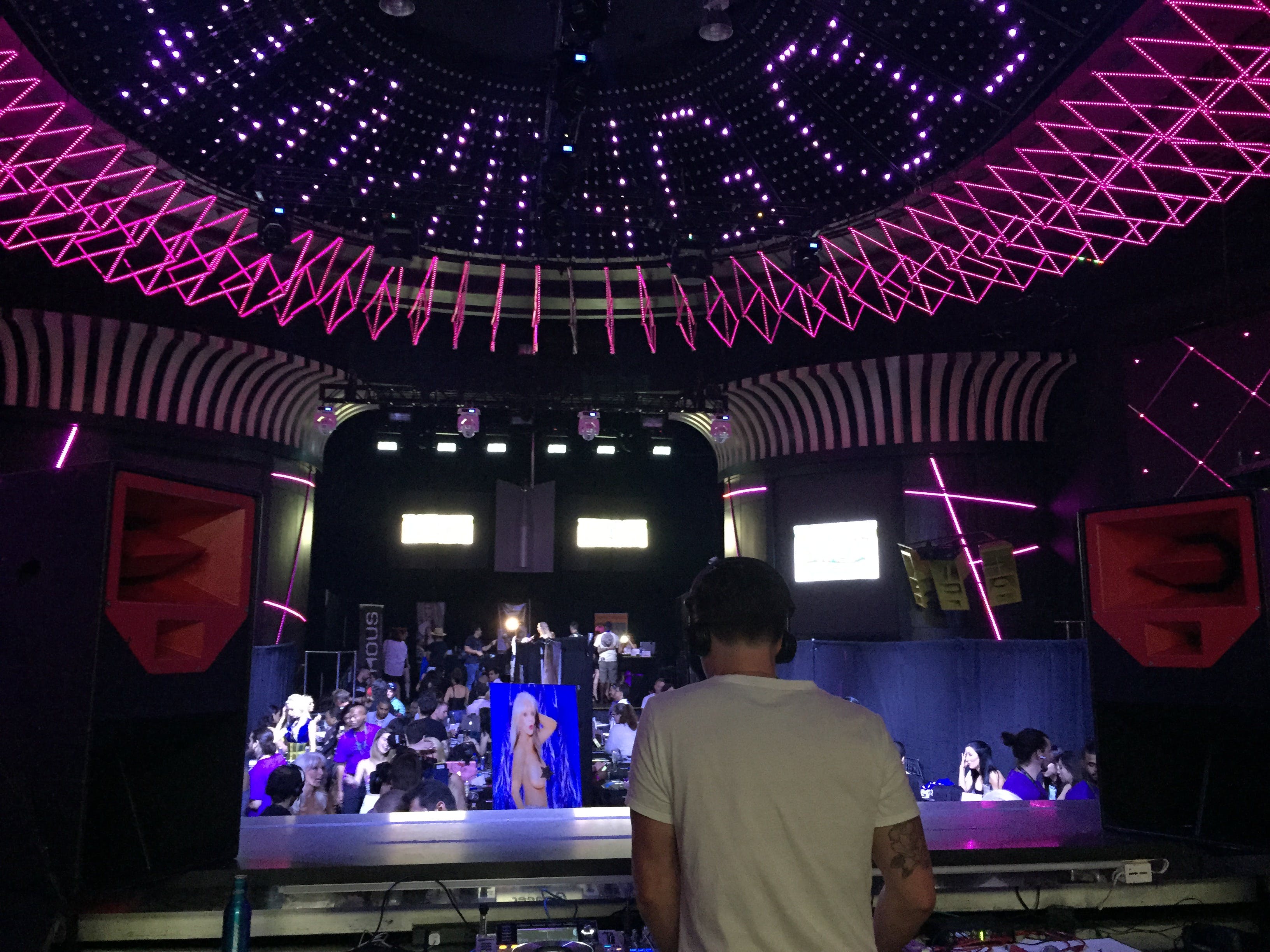 Latex Game described her work as heavy latex play, appealing to those with a fetish for submission and bondage. Unlike most of the other cam performers, she was fairly open about using Snapchat as a marketing platform, telling the Daily Dot that she “absolutely” engages with followers on Snapchat.

Tight Angel, or Whitney Danielle, also said Snapchat gives customers a more intimate view into her life. She’ll snap back and forth with people as a way to maximize her fan base. “It…[helps me] build a relationship with my fans,” Whitney said.

Latex Game has at least 30,000 followers on Snapchat alone, and that number is growing daily. Customers have to provide her with cash compensation monthly to buy her username, either by buying tokens on sites like Chaturbate or MyFreeCams or by tipping her on her personal website. Some camgirls use PayPal and sell their usernames for a one-time fee.

Using Snapcash, however, was pooh-poohed by most of the models. Model Samantha 38G (NSFW) emphasized that it is against Snapchat’s terms of service to use the app for adult snaps. And she worried about sending out personal snaps for Snapcash because while you do have to be 18 years or older to use Snapcash, Snapchat can’t technically verify a fan’s age. “I only want adults viewing my stuff,” she noted disapprovingly. 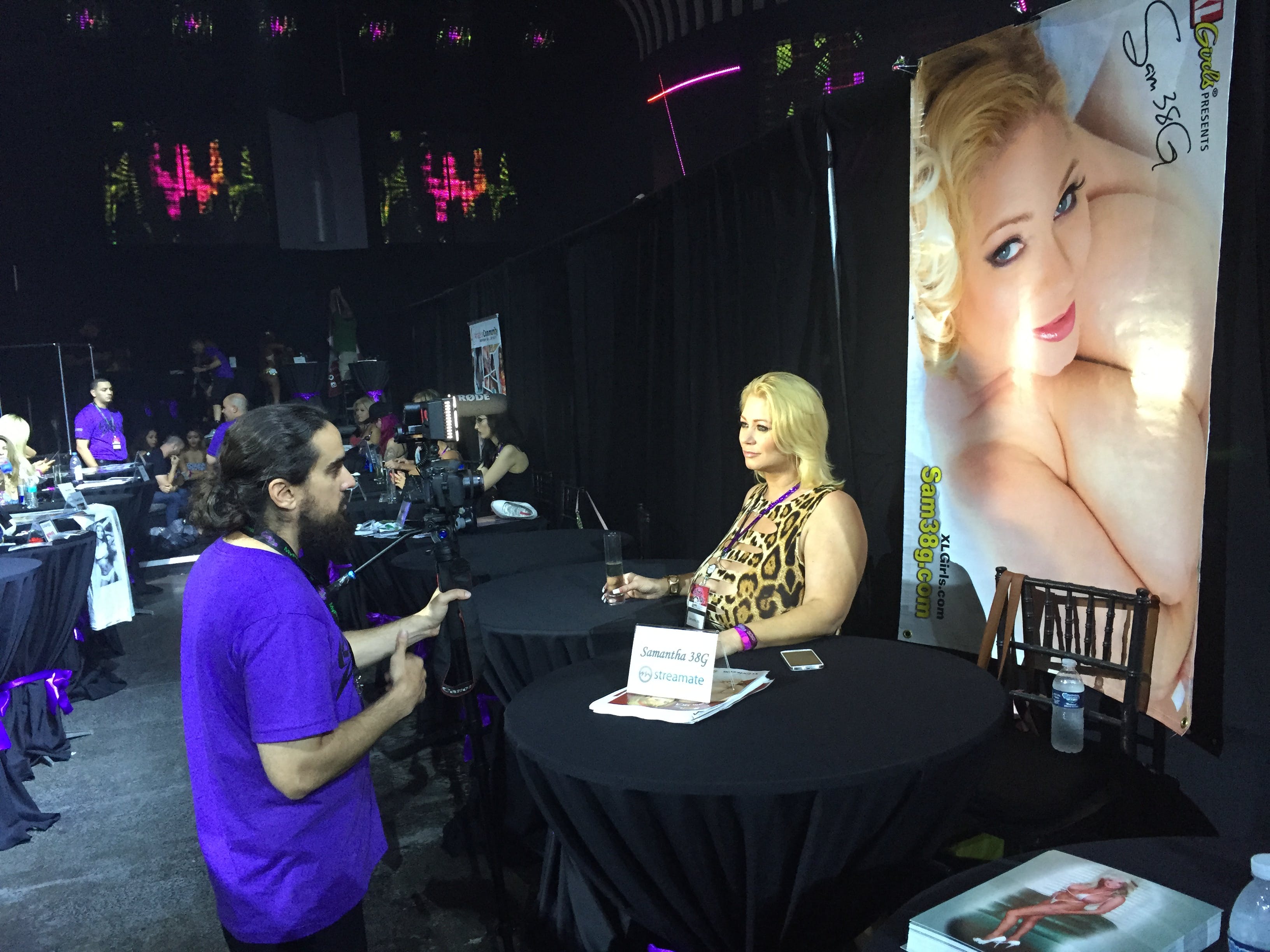 Model Kelsi Monroe uses Snapchat religiously and says that Snapchat will pay her once she gets to 10,000 followers, providing her with yet another way to make quick money.

“I use Snapchat to promote for everything,” she said. Regarding Snapcash, Monroe said: “Sure, there’s plenty of girls that do [use it]. Some of them won’t admit it because whatever they do to get that cash, that’s up to them. But I would have no shame in my game if I was getting cash on Snapchat.”

Hearing so many models speak out against using Snapcash, it’s clear that many seem protective of the camming industry and its integrity. In a trade where hustling and financial independence is the norm, there are still social mores and rules that must be followed, and getting paid through a camming site is generally deemed more acceptable than getting cash directly for chat—which may or may not be used to exchange personal or sexual interactions with clients.

While platforms like Chaturbate and MyFreeCams serve as middlemen for these exchanges, thus serving as a barrier between performer and client, interacting with a fan directly on Snapchat removes that barrier, which makes it seem more like straight-up sex work than camming does.

Latex Game mentioned feeling uncomfortable about using Snapchat because her main concern is how it will show up on her customers’ billing statements. She’s had PayPal accounts shut down because they were linked to users that frequented adult sites. “By proxy, it’s not even acceptable,” she lamented.

In February, the company’s two other Snapchat accounts were shut down (Snapcandylive and Snapsextlive), and A Little Famous went live again with no nudity and a new name in April. They already have, on average, 120,000 viewers for each snap posted.

Kohl attributes the popularity of the platform to the fact that people don’t feel like their favorite stars are directly marketing to them. Now that camgirls are offering them content and a story, the fans appreciate the effort and return the favor. 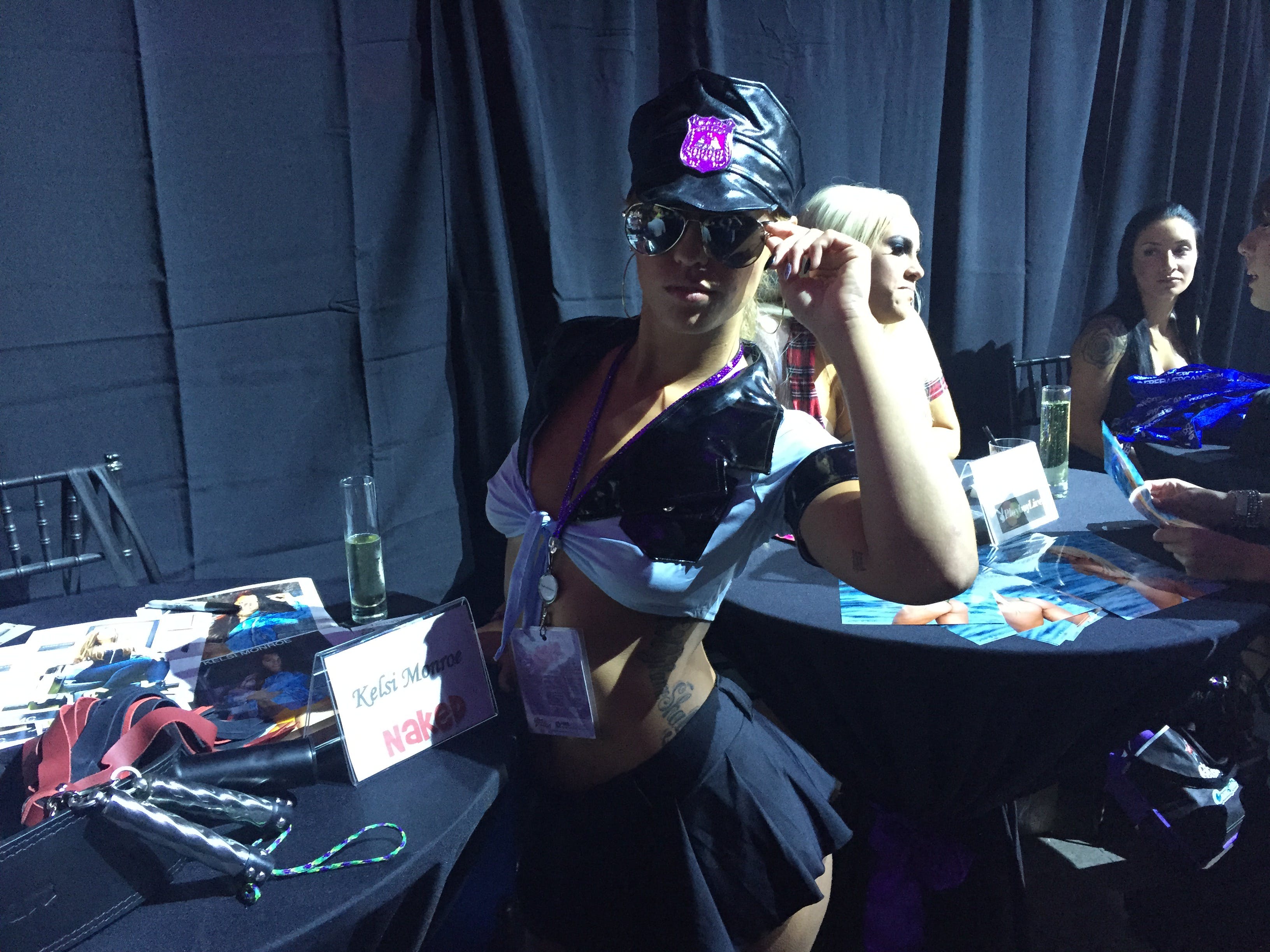 Though A Little Famous isn’t making money off its endeavor yet, the adult industry is all about innovation and finding new ways to make technology lucrative. It’s also increasingly about breaking down the barriers between cam performer and client. That might freak some camgirls out. But others are excited for the money-making opportunities this new intimacy offers.

“It’s hard to get money from people,” Latex Game told me. “It’s hard to take people’s money when there’s so much controversy around it. Let somebody tribute and sponsor, let them use a social media app to enhance your lifestyle and do things for you. It’s no different from [having] a boyfriend or a girlfriend.”