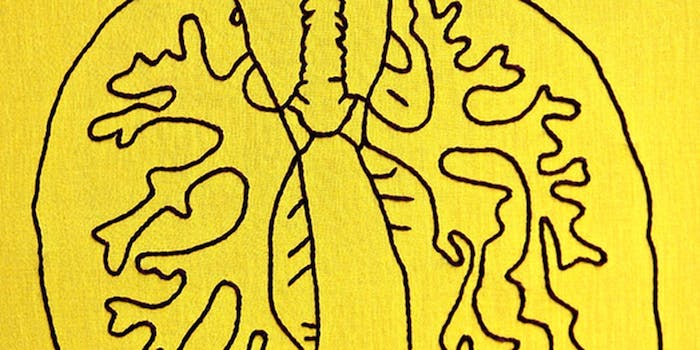 This is what cigarettes really do to your lungs

Sure makes you want to go get some fresh air, doesn't it?

Good morning, this is gross.

You’re looking at the expansion and contraction of two lungs—one of which came into first-degree contact with cigarettes, the other of which didn’t.

We’ll give you five minutes to guess which one’s which.

These types of comparisons have been flooding anti-smoking campaigns for years; just type “smoker’s lung” into Google to get a good read on how vast the effort’s become. Something about the robustness of the good lung’s expansion juxtaposed against the undeniable struggle going on with that smoked-out lung really hammers the point home.

Here’s hoping you didn’t open this story during your smoke break.