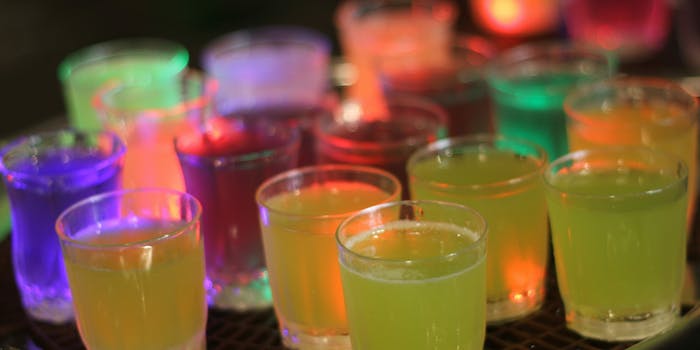 The tool is a cheap, easy way to stay protected.

A group of high schoolers have won the Miami Herald Business Plan Challenge with the “Smart Straw,” a straw that detects the presence of the most common rape drugs in drinks.

The indicator strips on the straw turn a navy blue when in contact with GHB, Rohypnol, and Ketamine in both alcoholic and nonalcoholic drinks, warning the drinker that their drink has been compromised.

According to Miami Herald, Susana Cappello, Carolina Baigorri and Victoria Roca, students at Gulliver Preparatory School in Pinecrest, Florida, developed the product as part of an entrepreneurship class, then regrouped to compete in the publication’s Business Plan Challenge. The team is in the process of patenting their design.

“Being young women, I feel like this is a problem that we hear about a lot, especially when we came to high school,” Baigorri told Inside Edition. “It’s such a common problem. Statistics say it’s one in every five women [is raped], which is so many people.”

While similar products including drug-detecting nail polish and even cups have been pushed in the past, the straws appear to be an easier answer to drug detection that doesn’t require women to don an accessory or spend extra money—they’re inexpensive to make, and something bars, health clinics, and fraternities and sororities could stock and distribute easily.

The team told A Plus that they’re working on a website, planning a crowdfunding campaign for pre-sales, and look forward to finalizing details with a manufacturer soon—though they say they may need to change the name to “Safety Straw,” since McDonald’s has a “smart straw” for shakes.

“Rapes assisted by drugs or alcohol are all too common. We just want to give any gender a simple tool to protect themselves,” Cappello told A Plus.