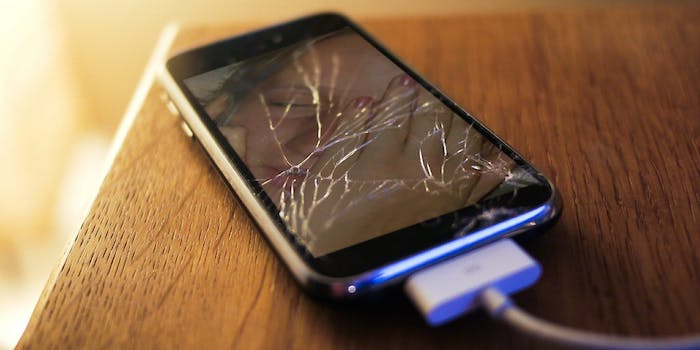 She invites them to perform sex acts on Skype, then threatens blackmail.

British men are being warned about a female scam artist who encourages men to perform sex acts on Skype, then claims she has videoed them and demands money not to release the footage to the victim’s friends.

The victims have all been men between the ages of 17 and 36 who find themselves contacted by a “young, attractive woman” via Facebook or Twitter. The woman then asks the men to chat to her on Skype and encourages them to perform sex acts, before claiming she has secretly filmed them and threatening to share the footage on social media unless they pay her around £500 (approx. $750). The majority of victims have been university students.

“Revenge porn”—the sharing of explicit images or video without the participant’s consent, and with the intention of causing distress—was made a specific criminal offense in the UK in April 2015. Police reports so far show that there are eight female complainants for every male, and that ex-partners are the most likely to be the culprits, reports the Guardian.

As reported by the Independent, the court granted the actor, known publicly only as JPH, a non-disclosure order against XYZ, his ex-partner, on the grounds that publishing the photographs and video violated JPH’s right to privacy. This, the judge added, outweighed any right to freedom of expression claimed by XYZ, as publication of the images could be both personally and financially damaging to JPH, and served no public interest.

“These vengeful crimes are predominantly thought of as being carried out by men. This sentencing will highlight that anyone can be guilty of this offense and regardless of the defendant’s gender, once reported, it will be taken seriously.”

The current case of the female Skype scam artist exemplifies that men can indeed be victims; a similar case occurred in the UK in March 2015, where a woman encouraged three men to strip and perform sex acts on Skype, before threatening to post the explicit video online unless they paid her. In both cases, police have urged people to be cautious about what they post online, and to only video chat with people they know in real life.