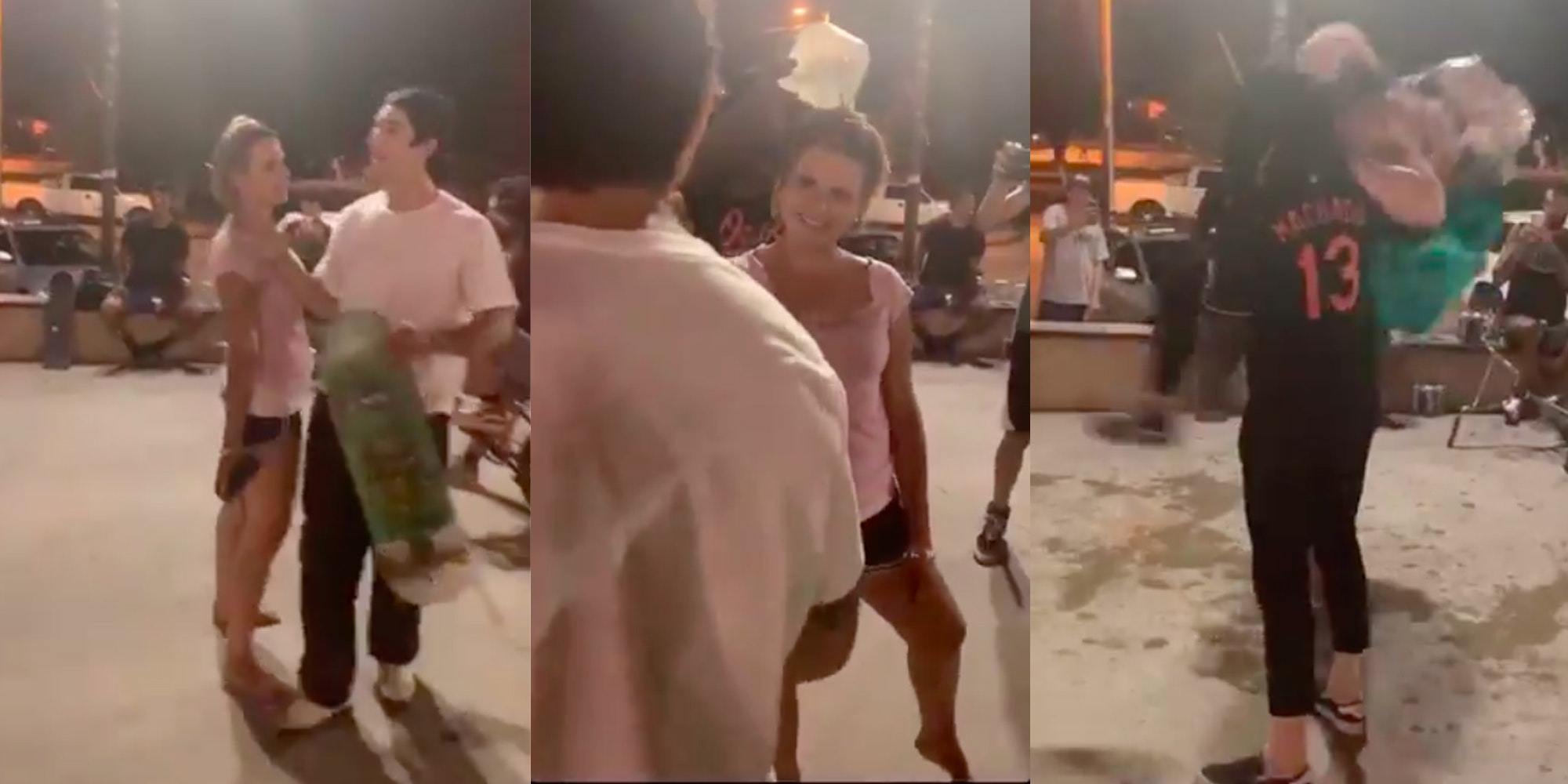 The altercation ends in her arrest.

A woman, dubbed “Skate Park Karen,” was arrested after seemingly harassing a group of teens and eventually attacking one at a skatepark in Austin, Texas.