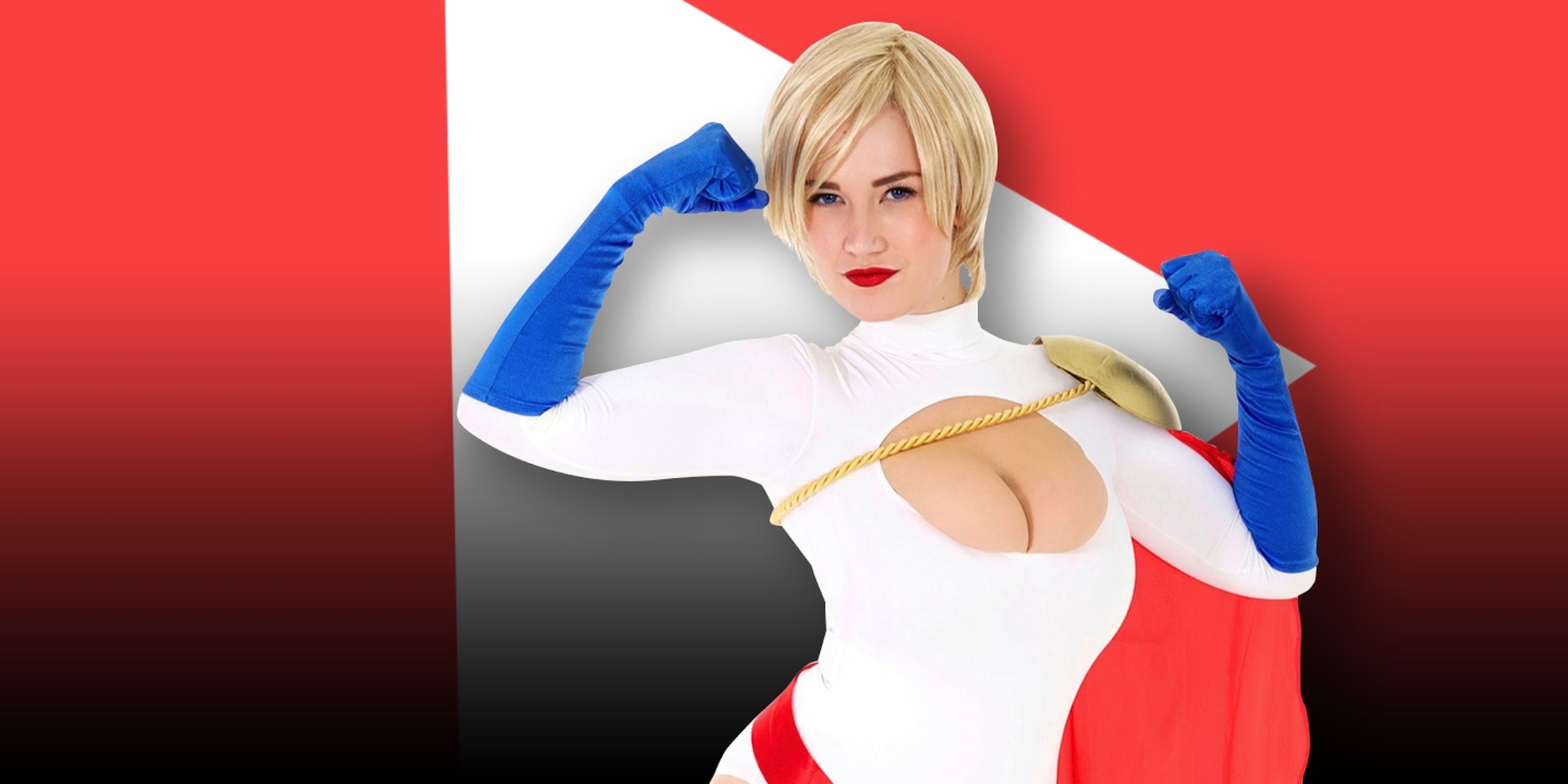 At one point, however, the conversation took a marked turn:

Her response was intended in jest. (“I thought, ‘Well, let’s get this started on a light-hearted note,’” Siri told me later.) But many redditors on the thread didn’t see it that way, interpreting the comment as hostile and accusatory. The response in defense of piracy was swift and vitriolic: 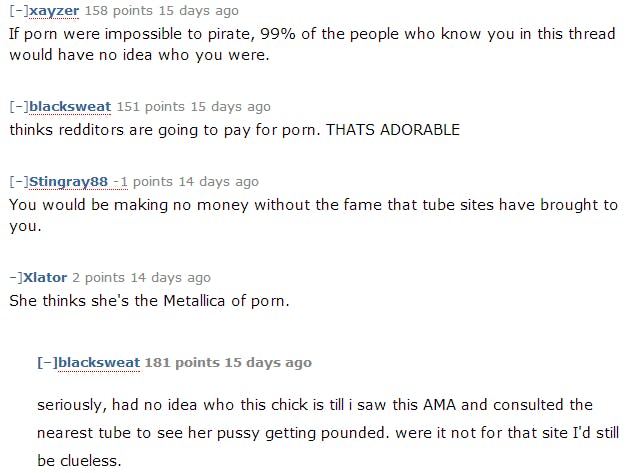 By the end of the AMA, Siri had received more than 1,800 comments. Many of them were clearly from fans who regularly streamed pirated content and didn’t appreciate being made to feel guilty for doing so. “People were downvoting my other answers and attacking me personally because they didn’t like my stance on piracy,” Siri said.

Prior to her AMA, Siri was somewhat familiar with the Reddit community, but she didn’t expect her comments to be met with such vitriol. Really, she was stating the economic realities of the adult film industry rather than expressing her opinion on torrenting. No matter how you slice it, free tube sites featuring pirated content are making it increasingly difficult for performers like her to earn a living.

With her delicate Nordic features, natural 32H breasts, and hair the color of Elmo’s fur, Siri (website NSFW) looks like an adult film star conceived on deviantART: at once quirky and conventionally gorgeous, with the outrageous proportions of a manga heroine. She’s also a self-described comic book and tech nerd, who regularly gushes about Harry Potter, her top eight iPhone apps, and cosplaying as her favorite superhero, Power Girl. 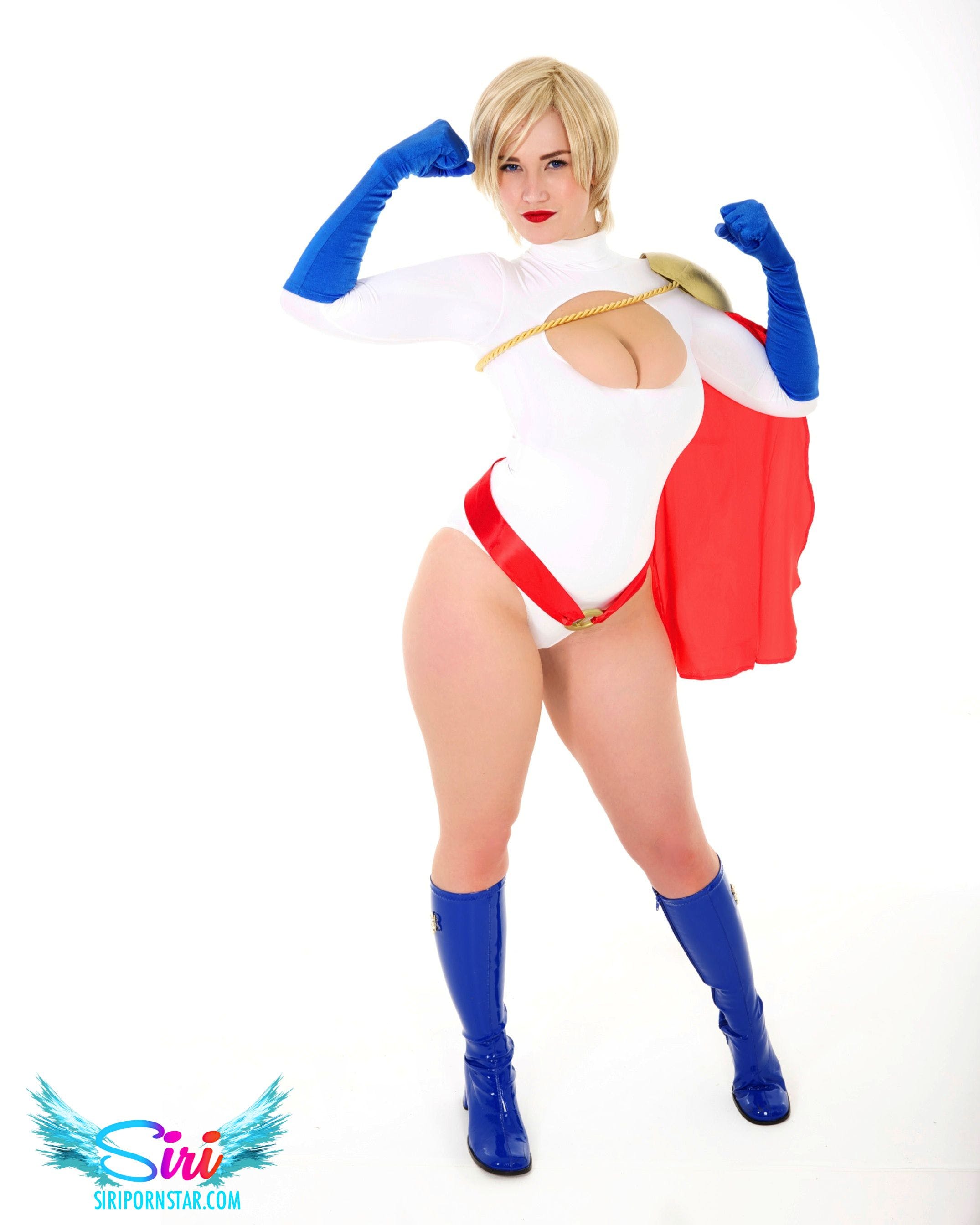 It was four months before the eponymous iOS voice assistant went on the market. For the record, there is no relationship between the two. Siri is short for Sigrid, a name that means “beautiful victory” in old Norse.

“If someone asks me a question, I’ll answer it, no matter how many times I’ve heard it,” she said. “There are all these incredibly outdated misconceptions about the adult industry, so I feel kinda like it’s my duty to address them.”

Siri is also extremely popular on Vine (NSFW), where she has 75,000 followers (enough to prompt a shoutout on Joe Rogan’s podcast last August). Like her YouTube channel, Siri’s Vine is notable for its mix of SFW and NSFW content: While she posts clips of herself shaking her ass or showing off her bruised breasts after rough sex, many of the vines are goofy clips of her applying makeup or singing along to Journey at karaoke. One devoted fan even created a YouTube compilation of her finest Vine moments.

Siri’s social media activity is actually not that unique in the porn world. Most performers are fairly active on Twitter and Instagram, attempting to drive traffic to their website by posting naked selfies, custom clips, or sneak peeks from an upcoming scene. While Siri does that, too, she seems to have touched on a rather novel approach to cultivating an online fan base: by posting YouTube videos of herself singing about knitting, or a Vine of her spinning around in a desk chair. She wants her fans to see her as a real person with real quirks and passions, rather than a “chick” “getting her pussy pounded” on a tube site.

“I don’t consider [interacting with fans] a strategy, per se; I’m just really nice,” she said. “But in a way it does help a little bit to counteract the effects of piracy and the product we make being cheapened by it. Because even if a fan watches my stuff for free, if I can connect with them on a more personal level, on Twitter and Instagram and YouTube, the more likely they’ll see me as a person, and the more likely they will be into the idea of supporting my career and putting their money where their mouths are.”

“The industry has been made up of recorded content for the longest time, and that’s what most of us think of our jobs as being,” she said “And that’s what I like most: performing on camera. So it is kind of saddening to look to the future and think that in 10 years what I’m doing now may not even be around anymore, or not as I know it.” 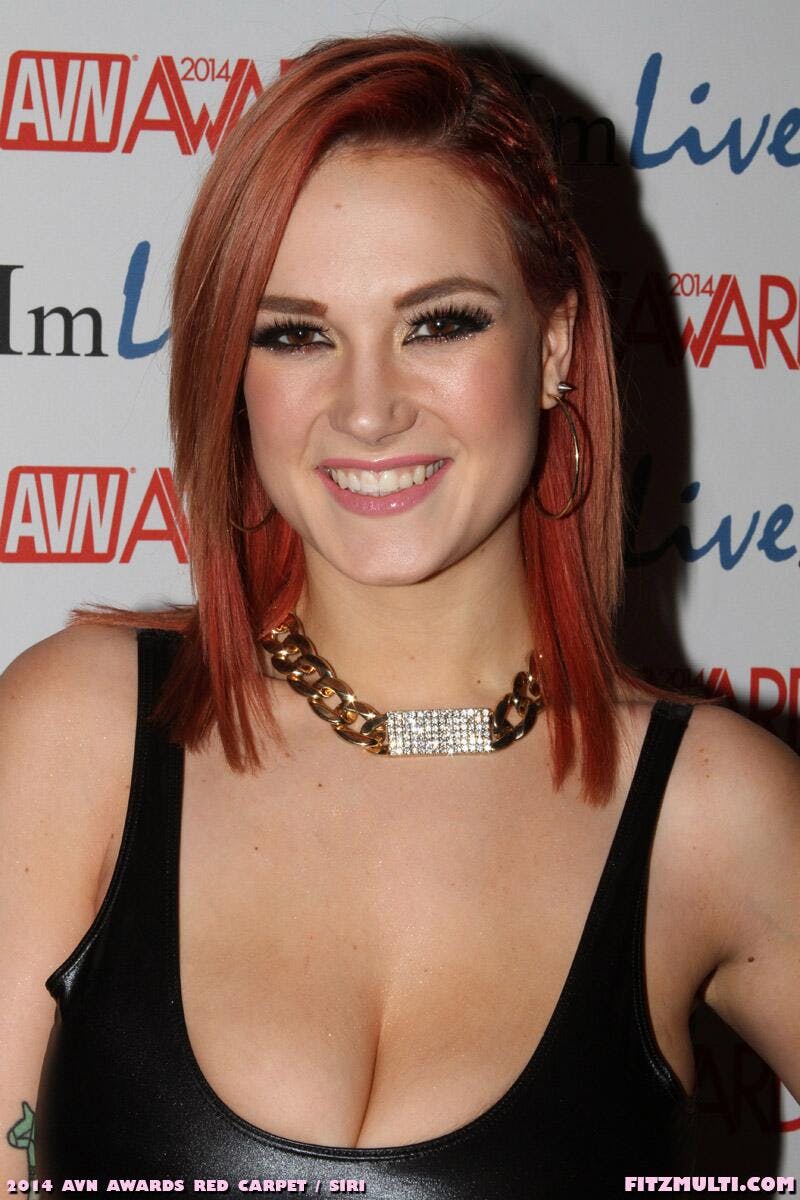 Siri says that piracy “has seriously affected my ability to make a living,” and she estimates that she sends DCMA takedown notices to tube sites at least once a day.

“Performers have to work much more than twice as hard than they did 10 years ago to make a living,” she said. “I love my job, but I also think I would really like to be able to do my job, and not have to waste my time sending takedowns to torrents and tube sites because all my stuff is getting stolen.”

All this is why the response from the community on Reddit was so disheartening to Siri: She knows that for every fan who follows her on Vine and subscribes to her YouTube channel and legally pays for her content, she’ll have to contend with 10 more, vociferously championing their right to watch her fuck for free.

Photo from the 2014 AVN Awards, via Fitzgerald Multimedia