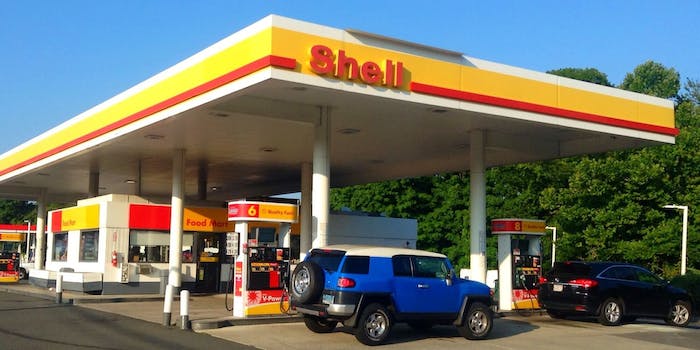 Shell is changing its name to She’ll for International Women’s Day, and people think it’s a joke

A single apostrophe changes everything.

Few name change campaigns are based on a single punctuation character–but this one from Shell is showing the impact of the apostrophe.

To be clear, it’s only one Shell station, in San Dimas, California that will be adding a literal apostrophe to its sign on March 8, International Women’s Day.

According to Mashable, the name change is part of Shell’s new commitment to “diversifying their workforce” in the form of an initiative named “She Will.”

“The female leaders of tomorrow by closing the gender gap in engineering and technology through education, engagement, and awareness across the organization and industry,” a Shell spokesperson told CBS Los Angeles.

Online, Shell’s name change has drawn negative reactions. One user wrote that the name change doesn’t actually do anything for anyone. An apostrophe doesn’t solve sexism.

“Putting an apostrophe in ‘Shell’ doesn’t make you woke,” Twitter user @AnandWrites wrote in a tweet. “Not causing climate change makes you woke.”

The campaign is indeed real, despite the doubt cast on its legitimacy by Twitter account dedicated to environmental activism.

The account, “The Yes Men,” shared a story from C-Store Decisions about Shell’s name change with the caption, “O.M.G. everyone fell for this. Hahaha #yesmenwinagain.”

Most of the replies to The Yes Men tweet believe that the Shell name change is a joke. They’re not the only ones.

But the memes that have been made in response to Shell’s announcement are *chef’s kiss.*