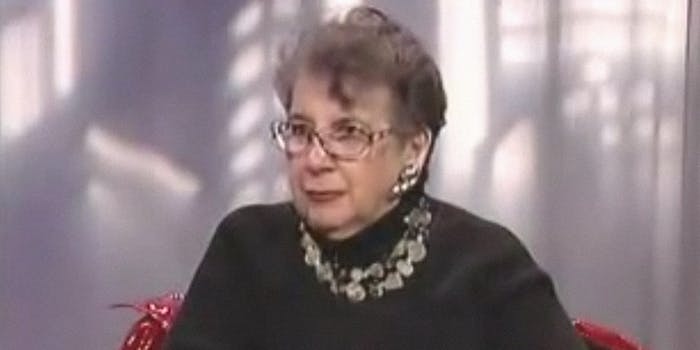 'I was looking for a title for a woman who did not belong to a man.'

Sheila Michaels, the American feminist credited with bringing the honorific “Ms” into mainstream culture has died.

According to the New York Times, which published her obituary Thursday, her death on June 22 was a result of acute leukemia. She was 78.

Though Michaels didn’t coin the term ‘Ms,’ she’s believed to be responsible for bringing the term to prominence. While the honorific dates back to 1901 in the Oxford English Dictionary, Michaels had originally came across it in the early 1960s, believing it to be a typo. Living in Manhattan, Michaels had seen the term on her roommate’s magazine and brought it to the woman’s attention.

Michaels told the Times that the term resonated with her as a feminist and as a child to a mother of multiple marriages—her stepfather even stripped her of his last name after she was arrested while in leadership with the Student Nonviolent Coordinating Committee.

Despite attempting to peddle “Ms” to the women’s movement in the years following, it wasn’t until around 1969 that attention for the term picked up. Michaels brought the term up years later while on the radio, and in 1971, while making a decision of what to call a new women’s magazine, Gloria Steinem titled the publication Ms. after Michaels’ broadcast.

And the rest is herstory.