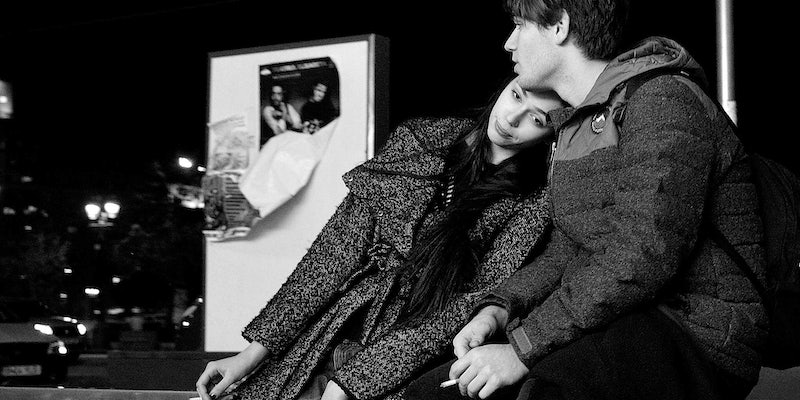 These public shaming break-ups are both terrible and hilarious

Spurned lovers of both genders are harnessing Facebook’s vast connective power to post messages outing their significant others for cheating, even posting photos of their partners caught in the act. It’s a way to inflict maximum damage by airing your partner’s dirty laundry. Not only will the guilty party know what happened between you two, but now their grandparents, coworkers, and third-grade summer camp friends will know as well. 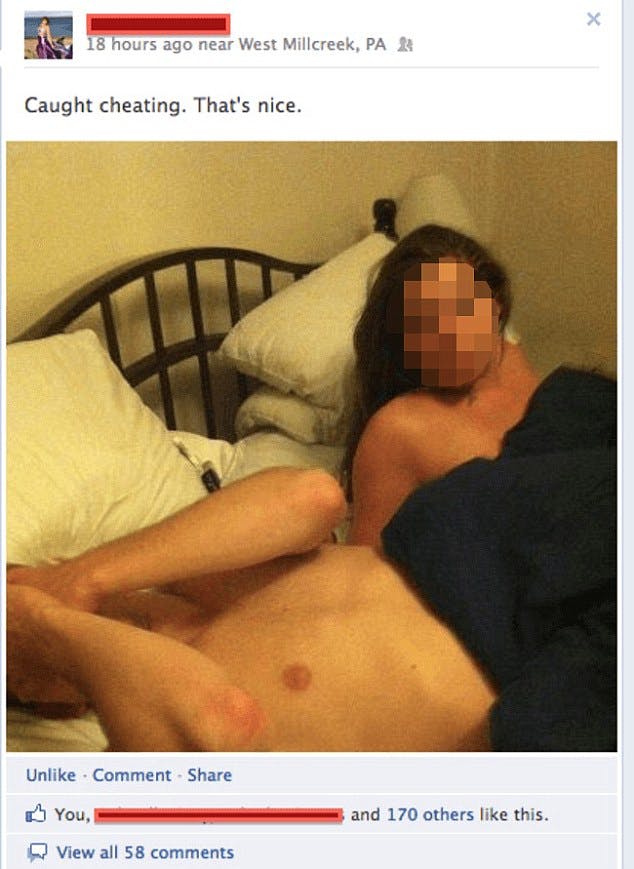 One woman found her boyfriend had been messaging romantic things to girls in his Facebook contacts. This is what she wrote when her boyfriend logged into Facebook on her phone. 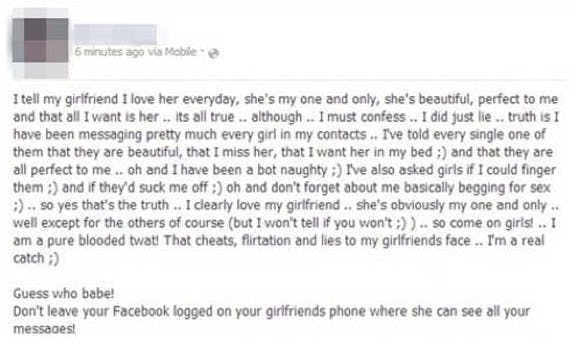 This man appears to have shared his wife’s own status update outing him as a cheater. 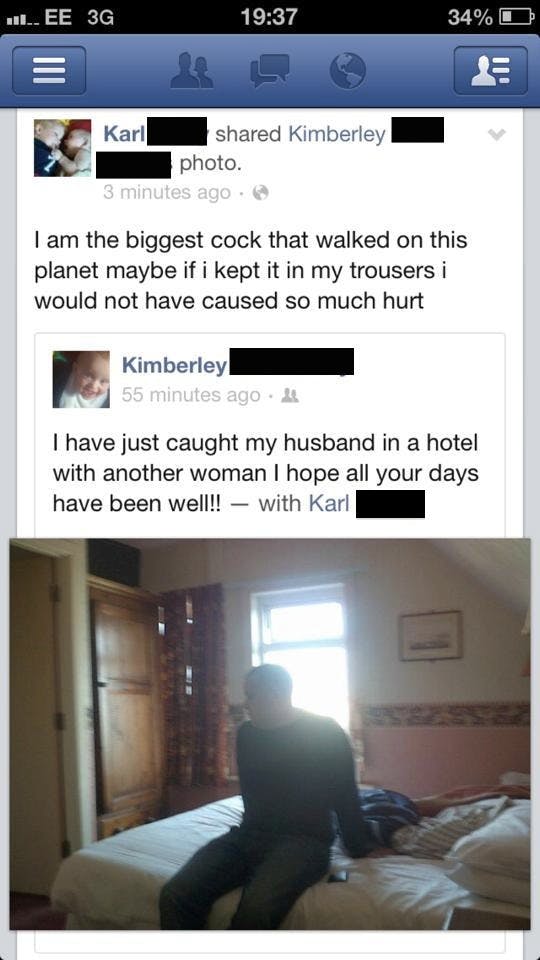 This woman changed her boyfriend’s relationship status to “single” after she caught him flirting with other women online. 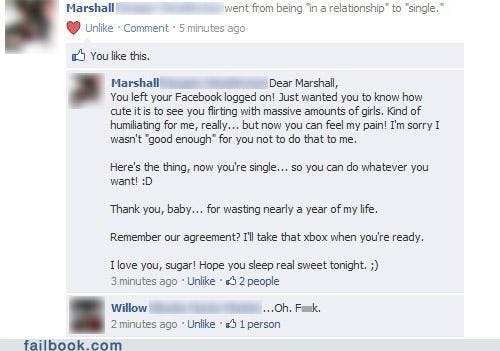 Of course, the “public online breakup” is not an entirely new phenomenon. Basically, it’s the online version of witnessing a breakup in the middle of a city street. But you know what they say: Hell hath no fury like a person with a WiFi connection scorned.