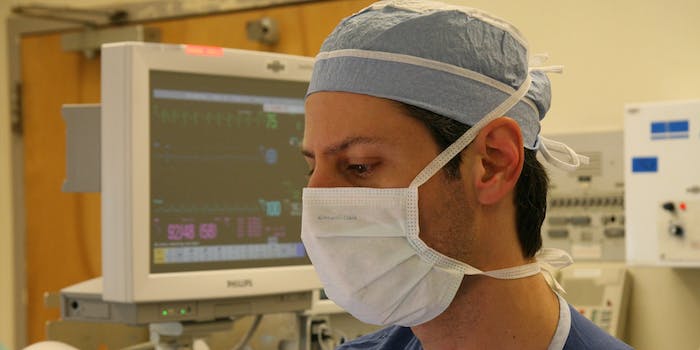 Well, this is disconcerting, to say the least: A Seattle anesthesiologist had his medical license suspended after it was revealed that he had sent dozens of sexts to women while he was supposed to be supervising surgeries, NBC News reports.

According to the Washington state Medical Quality Assurance Commission, Dr. Arthur K. Zilberstein, 47, sent hundreds of explicit texts while he was supervising a number of surgeries, including Caesarean sections, between April and August 2013.

The commission stripped him of his license last Monday after ruling that his “preoccupation with sexual matters” impeded his ability to properly do his job, which, lest you forget, involves temporarily rendering people unconscious during life-threatening surgery.

And just how preoccupied was Dr. Zilberstein with “sexual matters”? According to the Commission’s report, the good doctor sent a total of 64 texts in one day when he was supposed to be overseeing seven surgeries, one of which read, “I’m hella busy with C-sections now.”

Sexting during life-threatening surgery and using outdated early-aughts slang are not the only crimes Zilberstein is being accused of. The Medical Quality Assurance Commission also alleges that Zilberstein had sexual contact in the workplace (ew), “looking at private medical records for his own sexual gratification” (double ew), and sending selfies to a patient he was having sex with “depicting himself in hospital scrubs, wearing his hospital badge and exposing his genitals” (triple ew and a few dry heaves thrown in for good measure). He’s also accused of writing at least 29 unauthorized prescriptions for controlled substances.

Does the Medical Quality Assurance Commision’s censuring of Zilberstein, who has been authorized to practice medicine since 1995, reflect well on the state of medical care in the city of Seattle? Probably not. But there’s one upside to this mess: The next time your parents try to set you up with a “nice doctor,” bring Zilberstein home for dinner, and that’ll shut them right up.