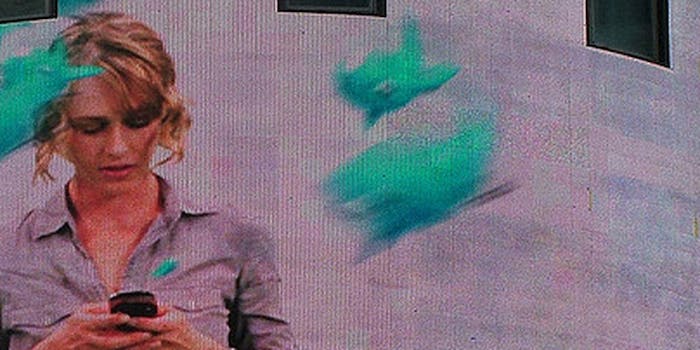 Because we really needed that.

Plenty of people—of both genders—are unfunny or just plain uninteresting on Twitter. The normal response to this would be to unfollow the account in question, or hey, get off Twitter entirely!

Or, if you’re into anonymous sexist trolling, you can compile a Tumblr of mini-tirades against popular female Twitterers. Whatever works for you.

Worst Women of Twitter announces its pathetic ambition in the first post: “im tired of these bitches getting attention when they dont fucking deserve it. fuck off anyone who disagrees with me.” The author then urges readers to unfollow comedian @meganamram because she “rips rob delanys tweets and is probably a fat whore.”

All the blog’s targets are women with at least a few thousand Twitter followers, and, in cases like @meganamram’s, as many as a few hundred thousand. Over and over, they are disparaged for being “sluts,” “bitches,” “ugly,” and “not funny.” There’s a curious preoccupation with women declared “closet fattys” because of the particular framing of their selfies.

The attacks get more personal than that, however. Of @mindyfurano, the mystery blogger writes: “she loves to brag about her cats no one fucking cares your gonna die alone someday.” About @jennyandteets: “I cant believe shes not getting an abortion.” And when it comes to @nachosarah: “no one cares about your tits or that you had a bad childhood sorry your parents hated you,” which is why she “needs to learn her place,” whatever that means.

The site promises “more coming soon,” so if you’re in the mood to inspire some impotent rage, and you have a vagina, get on Twitter and develop a modest fan base. The Internet will take care of the rest.