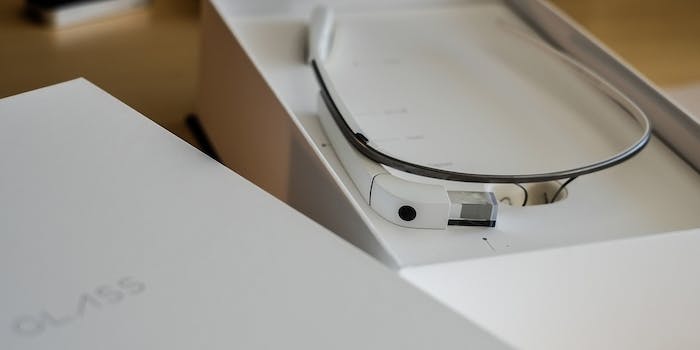 Are there new apps for the bedroom every day? You bet your Glass there are.

When it comes to spicing up your love life with technology, naturally the first device that comes to mind is a $1,500 pair of glasses with a camera and Internet connection.

Sex With Google Glass, a new app for Google Glass, is the brainchild of product design student Sherif Maktabi. When activated, it can help lovers experience things that they may never have dreamed—or wanted—in the bedroom.

What’s more, if both lovers are wearing the device (because what feisty young couple does not have relations without the lurking, obvious presence of Glass?), each one can experience the lovemaking from the other’s perspective! That’s right: You can now have sex and look at yourself the entire time!

Again, chances are, the only option will be to look at yourself anyway, as your partner will likely run from the room, terrified, if this is even suggested.

If Sex With Google Glass does explode in popularity, the number of different applications will almost certainly plunge deeper and deeper into the realm of possibility.