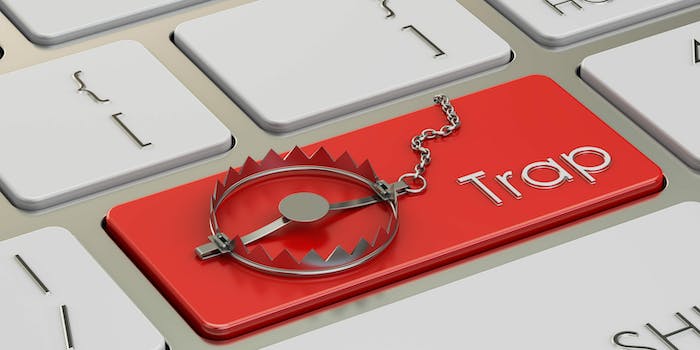 On Monday, Rep. Ann Wagner introduced a bill to fight child sexual exploitation and sex trafficking. In an accompanying press release, the congresswoman spoke of “modern slavery,” “the retailers of America’s children,” and called for the need to “provide a voice for the most vulnerable in our society.” Wagner is a Republican from Missouri who voted for Donald Trump and considers George W. Bush’s memoir to be her favorite book. But not too surprisingly, the legislation already has bipartisan support — what Democrat could object to such an attempt to protect children?

Hidden behind the moving rhetoric about child sexual exploitation, though, is the fact that Wagner’s bill could fundamentally change the internet as we know it. Legal experts say it would dramatically chill free speech on the web and expose websites to business-ending legal battles. The world’s most popular social media platforms — from Facebook to Instagram to Snapchat — might not look anything like they do today.

This is because Wagner’s legislation — which comes with the hard-to-disagree-with title of “Allow States and Victims to Fight Online Sex Trafficking Act of 2017” — amends Section 230 of the Communications Decency Act. This small block of text is what the Electronic Frontier Foundation has called “one of the most valuable tools for protecting freedom of expression and innovation on the Internet.” It protects websites from legal responsibility for user-generated content – meaning, it holds that Facebook isn’t liable for status updates, Twitter isn’t answerable for tweets, Snapchat isn’t on the hook for snaps, and so on. It also protects news sites with commenting sections, like NYTimes.com, from being prosecuted for things their readers say. “It is the infrastructure that enables all of the websites we love the most to exist,” said Eric Goldman, a law professor at Santa Clara University.

Similarly, Emma Llansó, the director of Center for Democracy & Technology’s Free Expression Project, explains, “One of the primary reasons that we enjoy the broad variety of sites that are able to host user-generated content online today and why U.S. companies are really leaders in the field around the world is because those sites can depend on the strong protections of Section 230. Starting to whittle those away or create exceptions really does undermine the whole foundation of that system.”

Presumably, the bill is meant to target online classified sites like Backpage — whose CEO and co-founders were cleared of pimping charges relating to alleged user-generated sex trafficking ads, thanks to protection from Section 230 — but it would apply to any site that hosts third-party content. That means websites like Twitter or Facebook could be held criminally or civilly responsible for content posted by users.

If the bill became law, websites would have to weigh the risks of ending up in court. Many site operators would take a heavy hand with moderating user-generated content, warn several legal experts. Others might simply take the risk of continuing as usual, but potentially face ruinous legal fees and fines, or jail time.

That is especially true when it comes to the way Wagner’s bill allows for state prosecutions of websites. As Llanso points out, there will be some states that define things like “child sexual exploitation” very narrowly, but others will not. A website could investigate the state-by-state nuances of such laws and moderate user content accordingly, but Llanso says, “Honestly, the easier thing would be to take down any speech that has even a whiff of child sexual exploitation. And what does that mean for somebody’s art work interpreting Nabokov’s ‘Lolita’?”

Llanso argues that even introducing the seemingly smallest liabilities for websites, “when multiplied at the scale that they’re working, will turn into an incredibly strong incentive to take down speech.” She adds, “Under a bill like this which is framed as targeting the exploitation of children and sex trafficking, you could easily imagine the effect of that expanding to cover sexually oriented material in general,” she said. It’s possible that websites, anxious about potential prosecutions, would apply that to “totally normal pornography or completely lawful businesses, like exotic dancing or massage.”

Goldman agrees. “Pay attention here,” he warned. “This is not just about helping the kids, this is about all the ways in which the plaintiffs, the law enforcement, the state attorneys general could interpret regulations about the sexual exploitation of children or the sex trafficking of children to apply to things you wouldn’t think would have anything to do with them.” He added, “Forget what the laws say today. Assume that you’re going to have parochial state legislators fueled by their state attorneys general saying, ‘How can I crack down on the internet?’ And this opens up the door for them to tell the sites we love the most ways they might need to run differently.”

There is also significant ambiguity in the bill’s amendment of federal child sex trafficking law to include websites that exercise “reckless disregard” in hosting criminal content. “What’s the risk that we might be sweeping in a lot of people who thought they were innocent?” he asked. “If there’s ads on Craigslist — or Backpage, or pick your favorite online classified ad service — that advertise services that would violate this crime, when does that become reckless disregard?” He adds, “I have no idea what that could mean.”

Of course, many websites don’t have the infrastructure for, or won’t be able to afford the cost of, such a wide scale venture in moderation. As David Greene, a senior staff attorney at the Electronic Frontier Foundation, points out, “Platforms, intermediaries that have tons of money generally can deal with these situations, but smaller ones, publications that don’t have the resources to do extensive vetting of all the user generated content that gets posted to them, will not,” he said. They either put themselves at legal risk, or they put an end to user-generated content.

There are implications here not just for how online businesses are run, but whether they ever launch in the first place. “It discourages entrepreneurship, because investors are not only risking their money but also their lives,” said Goldman, pointing to the potential for up to 20 years behind bars.

Goldman believes the bill has a real chance in today’s political climate. In a more than 2,000-word blog post on the bill — which he opened with the Drudge siren, just to communicate the gravity of the situation — he pointed out all of the things it has going for it, from the Republican control of Congress to its positioning as a “child protection measure, putting opponents in a potentially awkward position.” It’s possible that major Silicon Valley players will come out to oppose the legislation, but he sees it as equally possible that they will stay on the sidelines, much as they have during the legal attacks on Backpage. Either way, he says we can expect “a major battle for Section 230’s soul.”