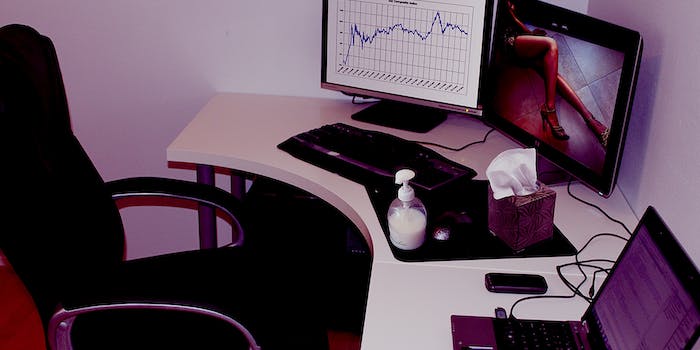 Sex toy piracy is becoming a problem on Amazon and eBay

Offshore counterfeiters in China are selling cheap (and often unsafe) knockoffs of popular sex toys on sites like Amazon and eBay.

This article contains sexually explicit content and may be NSFW.

The problem, he says, isn’t just that sex toy manufacturers are copying each other’s best-selling products: “That’s just business,” he wrote in an email to the Daily Dot. “But what we are seeing online are counterfeit goods being sold under highly respected brand names that are NOT the merchandise they claim to be.  And that’s not competition, that’s just theft and it needs to be called out.”

The sex toy counterfeiting predominantly takes place offshore, mostly in China, where manufacturers are not held to the same production standards as sex toy makers in the U.S. This leads sex toy counterfeiters to substitute materials in their products with potentially unsafe chemicals like melamine, a chemical that is approved by the FDA for manufacturing purposes, but not for human consumption.

The counterfeit toys are often marketed under their original brand names and sold on large online retail sites like eBay and Amazon. While some of these sites are receptive to removing counterfeit items when a buyer points out they’re fake—Phinney points out eBay as an example—other retailers, like Amazon, are not as quick on the draw. (Which is not so surprising, given Amazon’s reputation as a thriving marketplace for counterfeit goods).

“Amazon takes the position that they are a platform, and issues of trademark infringement or illegal distribution are between the manufacturer and the seller,” he says.  “We are working to convince Amazon that they are sometimes facilitating questionable transactions—especially  when they warehouse counterfeit merchandise to make shipments easier for consumers.”

From the perspective of the sex toy manufacturers whose products are being knocked off en masse, the rise of counterfeiting is obviously pretty alarming. Phinney says that the rise of sex toy counterfeiting has led to some brands having a decrease in sales, with some experiencing a six-figure loss in revenue last year.“Carefully built brands are being degraded by inferior products masquerading as a genuine products,” he says.

“Forgive me for being blunt, but would you be interested in sticking electroshock cables up your ass or onto your privates if you knew they were made in China from sub-standard components and not UL listed for safety?” he says.  “You could save 70% buying a knock off electrostim set up, but I’m not recommending you do.”

H/T Xbiz | Photos by lovemaegan/flickr and brendan-c/flickr (CC BY 2.0) and Wikimedia Commons | Remix by Max Fleishman