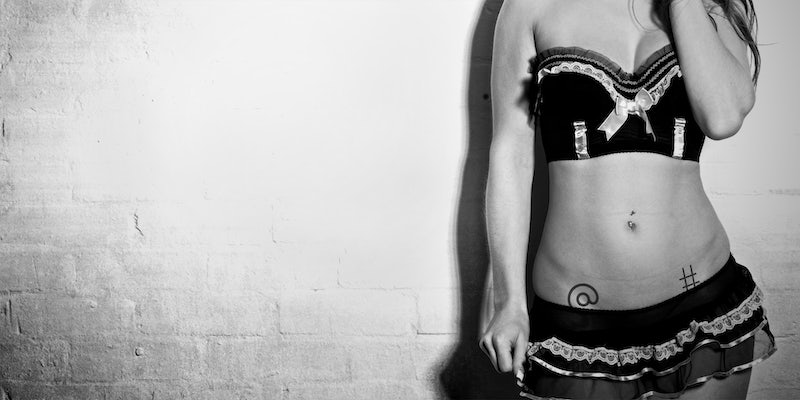 Let’s talk about sex with #SexTalkTuesday

I’ll get the ball rolling. Here goes: Q1: What seems to be most exciting about threesomes and moresomes? #sextalktuesday

The positions and the hot chicks…@ninaland

Yet for the most part, the discussion of “threesomes and moresomes” is just what good sex talk (not to mention good sex) should always be: fun, frank, and a little silly, with the occasional surprising moment of insight.

@ninaland the variety of different partners, sexual techniques and multiple pleasures at the same time

@ninaland I love the variety and all of the different dynamics you can create. #SexTalkTuesday

@ninaland Trying to keep up with everything going on and laughing when you can’t quite contain it all? :)

Hartley, who has devoted her nearly three-decade-long career to promoting sex positivity and education, says she selected today’s topic due to the commonness of the fantasy, as well as her own personal acquaintance with “threesomes and moresomes.”

“I’ve had oodles of experience with them, on camera and off, and always like to speak from experience, so I can help others learn how to do it better,” she says.

Inspired by the success of #AgChat, an agricultural group chat that has become one of the most popular group chats on Twitter, #SexTalkTuesday was created by Rowntree and Sssh.com social media director Lauren MacEwan as one of the few social media forums devoted to the sex education community.

Since launching earlier this year, moderators from all areas of the sex industry—sex toy manufacturers, sociologists, adult film stars—select a theme for the chat, largely based on their own professional interests and experience. The result is an online free-for-all that feels, as CEO Angie Rowntree puts it, “like just a bunch of girls sitting around and talking” (although men arrive in equal numbers and are more than welcome to join the fun).

“We were finding on Twitter that there’s a lot of people wanting to talk about things like sex positivity, but there wasn’t one particular place to talk about it,” MacEwan says. “There was just this general overarching conversation, so we thought, what if we tried to get everybody together to have a more thorough discussion in one place?”

In March, Sssh.com held the first #SexTalkTuesday, a discussion about feminist representation in the adult film industry moderated by sociologist Dr. Chauntelle Tibbals. Since then, the audience for #SexTalkTuesday has steadily increased, with Hartley’s discussion generating the chat’s highest traffic to date at 1300 tweets within the hour. This week, comedian and talk show host Sara Benincasa will lead the conversation.

Although the tweets are flagged as sensitive due to the nature of some of the discussion topics, the tone of the conversation is fairly restrained. “It’s not overly crazy, or sexually explicit,” Rowntree says. “It’s basically restricted to: ‘What’s your biggest fantasy? Making love on bubble wrap,’ or something like that.”

With the exception of a few gratuitous images tweeted during the first few editions, MacEwan says she has been consistently pleasantly surprised by the high-minded tenor of the discussions.

“There’s always that risk of is it gonna go somewhere seedy or raunchy, or self-promotional or adult sites trying to push their own content?” she says. “What’s amazing is that we’ve never had that happen, and what’s also amazing is that with the last one, people start taking it to a much more emotional level, talking about emotional bonding, how it’s helped them open up their relationship, how they feel past jealousies and things like that.”

“When you talk about women’s sexuality, there’s this tendency to put women in a box,” Rowntree says. “But women are multifaceted, and there is no one thing that all women like. One thing I like about #SexTalkTuesday is that people are very open about their own kinks and accepting of each other’s, and that’s just sort of solidified Sssh’s whole philosophy.”

#SexTalkTuesday is held every other Tuesday from 4pm to 5pm. To participate, go to Twitter and enter the #sextalktuesday hashtag.