It's like having a little Don Lemon reporting live from inside you.

I could summarize the plot of the movie E.T. if you asked, but I’ve never had much interest in seeing it. I could say the same for my vagina. Like many women, I’ve been instilled with enough anatomical self-loathing to avoid anything more than a brief glimpse with a hand mirror.

So last July, when I first heard about the Svakom Gaga, a so-called “sex selfie stick” with a built-in camera at the tip, I thought it was the dumbest product I’d ever heard of. (Although I did enjoy how it was described in a poorly translated YouTube promo: “by far the world’s unique fun massager with electronic endoscope function.”) After all, many women spend most of their lives and thousands of dollars trying to avoid seeing their vaginas in their natural state. Why would we spend more than $150 to do it at home?

Earlier this month, the Svakom Gaga added a new feature that lets you transmit photos of your vagina to a partner via FaceTime. Bloggers dubbed the gadget a “sex selfie stick.” An Independent writer called it “further proof that the sole goal of mankind is now to take selfies absolutely everywhere possible.”

I was wrong. Clearly, this thing had some mass-market appeal. Clearly, members of the narcissism-addled digital age were so interested in looking deep inside themselves that they were willing to buy a sex toy that allowed them to literally do just that. After all, we use apps to track our sex lives and sensor-embedded smart vibrators that know how to get us off. In 2015, technology might know our bodies better than we do.

So I got my own Svakom Gaga to see if I would be thrilled by the GoPro of vibrators capturing the innermost depths of my person—or, at least, if it could help me overcome my squeamishness. 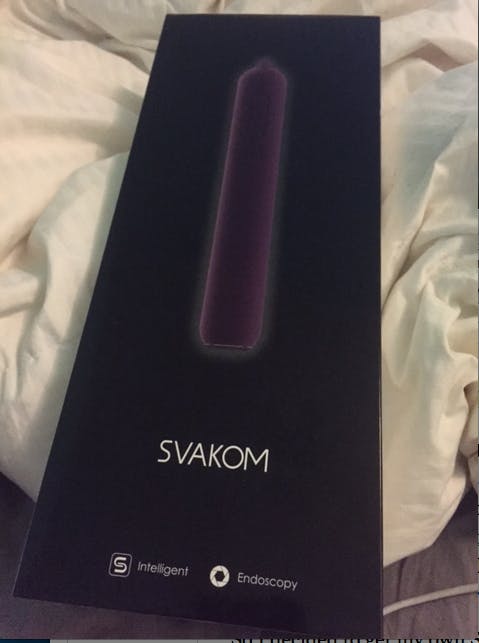 In addition to having preset vibration patterns and speed controls like your average vibe, the Svakom Gaga comes with a “camera” button, which is indicated by a flashing white light, and a USB cable, which you can use to charge the device and connect it to your computer. 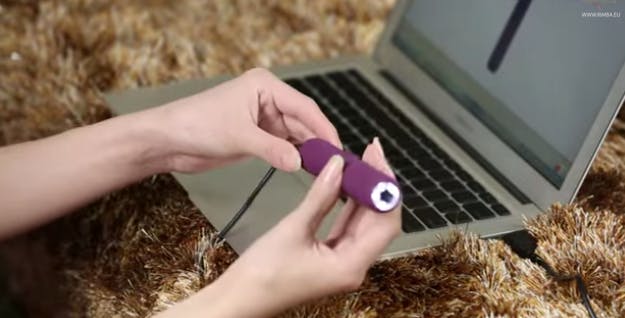 It’s like CNN’s Don Lemon is right there, reporting live from the inside
of your vagina.

What I saw was absolutely fucking horrifying—and that was before I put the Svakom Gaga inside me. I had not had a bikini wax in months, and I looked like the “before” photo of a middle-aged man’s scalp on a Rogaine infomercial. I actually might have screamed a little.

This was not the potentially empowering, body-positive experience I had hoped my time with the Svakom Gaga would be. I comforted myself with the fact that many Amazon reviewers had commented on the poor image quality of the product; one even wrote that the camera was “unfocused and fails at producing anything but a blue, especially in motion.” Perhaps this was digital trickery, and I didn’t actually have repulsive human genitals but a sanded-down hunk of plastic flesh, like Barbie or the members of One Direction (I’m assuming). 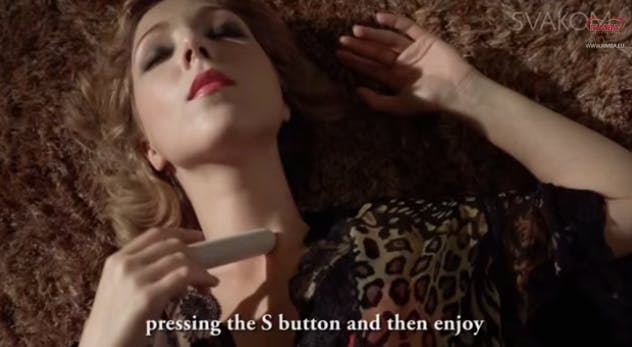 I did this for a few minutes, poking and prodding and awkwardly angling the Gaga while taking snapshots in Photo Booth. Occasionally, I’d scream at the screen like a drunk person at a horror movie. “Hell, no!” I’d shriek, and “Stop!” and “Bitch, don’t you dare fucking go back inside!” But like a spectator at a drive-in Saw IV screening, I couldn’t stop watching. Whether I liked it or not, this was a part of me, and it was something I’d otherwise never have an opportunity to see.

“I can’t believe it looks like that,” said the man who’s been having sex with me for six years.

Eventually, my boyfriend came home. He was horrified to find me obsessively scrolling through my photoshoot. “What the hell are you looking at?” he asked me.

He looked at my face, then looked at the screen, then looked back at me. “I can’t believe it looks like that,” said the man who’s been having sex with me for six years.

“I know,” I said gleefully. “It’s the most repulsive thing I’ve ever seen.” Within a few minutes, I had gone from being ashamed of my own anatomy to reveling in its abject grossness. 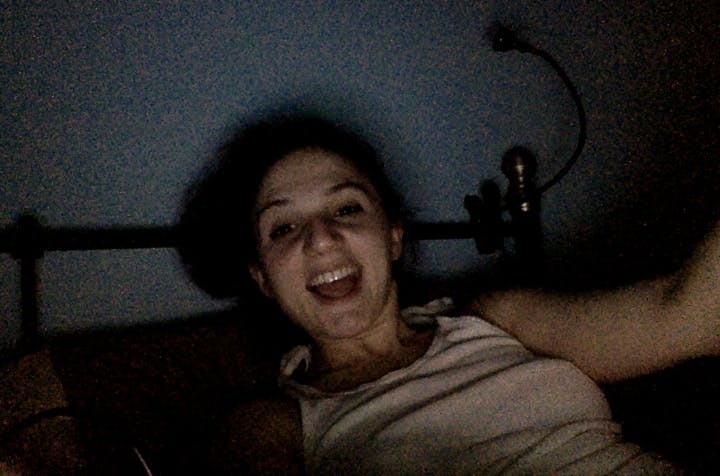 The camera quality leaves a lot to be desired.

I didn’t learn to embrace my body after using the Svakom Gaga. If anything, I learned that I should keep sex toys with the term “endoscopy” on them as far away from my junk as humanly possible. But I don’t think the Svakom Gaga is just a ready-made viral gimmick. It’s part of a larger trend of sex tech getting increasingly intimate, so our toys become extensions of ourselves. Sex tech caters to a larger trend of digital-culture-induced narcissism, where our selfies and tweets and vagina photos tell the stories of ourselves more than our words or actions ever could.

But maybe technology isn’t making us more narcissistic—it’s helping us practice self-love. And considering how self-conscious women can be about our own bodies, maybe a little bit of self-love, of getting to know ourselves way deep inside, isn’t such a terrible thing.