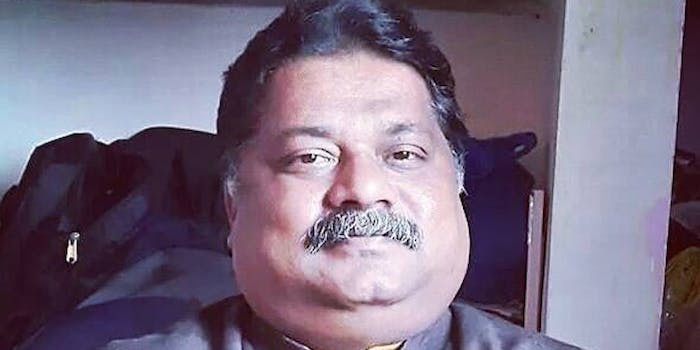 The story of one 'broad daylight sex show.'

A photo of an amorous Indian couple seemingly engaged in sexual intercourse while riding a motorcycle in Goa, India, recently landed on social media to the shock and giggles of the Internet-using public.

For those who took it seriously, however, these rascals needed to be punished. An area politician, MP Vishnu Surya Wagh, leapt to action online to rally the justice system by making his feelings on the topics of motorcycle-mounted sexual behavior plain for all: 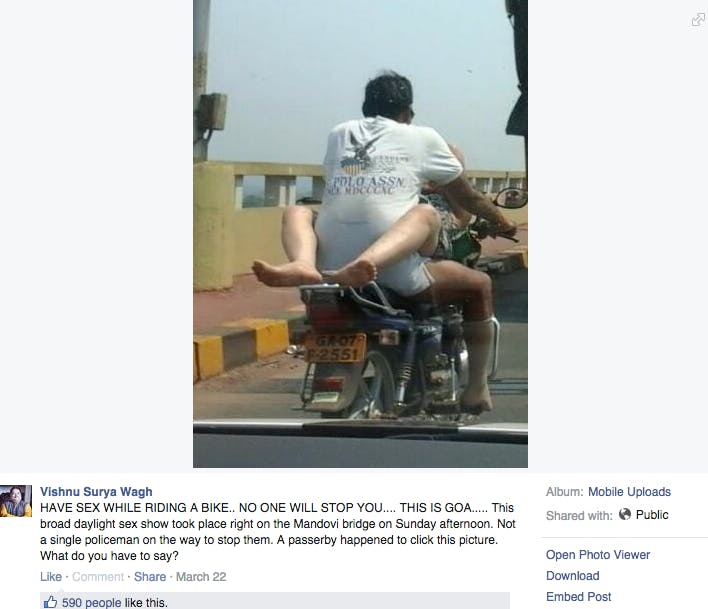 “HAVE SEX WHILE RIDING A BIKE…NO ONE WILL STOP YOU,” reads his grievance. “This broad daylight sex show took place right on the Mandovi bridge on Sunday afternoon. Not a single policeman on the way to stop them. A passerby happened to click this picture. What do you have to say?” 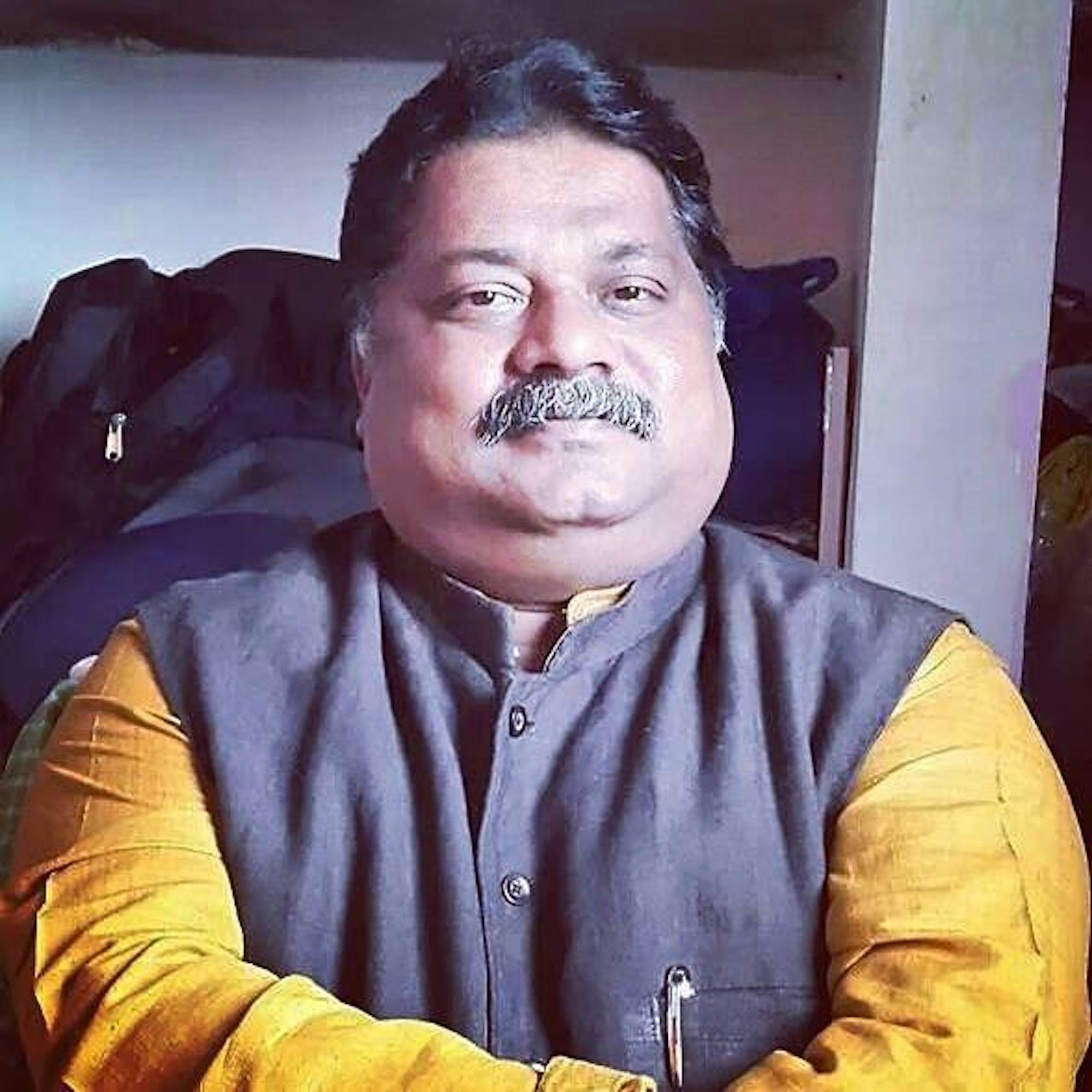 Spurred to action, the police swung in to apprehend the alleged sex-havers. Turns out that the motorcycle was a rental and the agency forwarded the police the contact details it had already collected from the passion-steeped pair.

The couple was fined 1,000 rupees (about eight bucks apiece) for the stunt.