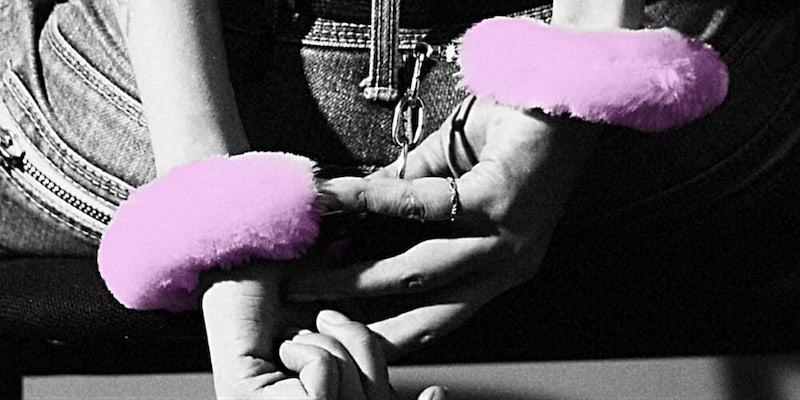 A tour through the wildest, most absurd sex laws in America

How many have you broken?

Have you ever had unmarried sex in Idaho, or seduced a woman in Michigan? Don’t answer that question. You could incriminate yourself because both of those things are technically still illegal. Perhaps unsurprisingly, the pious nation of the United States is full of weird sex laws. While many of them are archaic and haven’t actually been enforced in many years, some are still in use today (or, in one case in Ohio, very selectively in use).

While you probably won’t be arrested for most of these, we wouldn’t recommend making a bucket list inspired by them either, just to be safe (although you’ve likely already broken a few). Without further ado, we present the weirdest sex laws in the United States.

Adultery is still a class three misdemeanor. However, suspects can’t be prosecuted unless the spouse is willing to press charges.

Spouses can sue if their partner gets an abortion without their consent.

Here are the gun laws for all 50 states in the U.S.

Stuffed articles made to look like breasts, also known as boob pillows, can’t be sold within 1,000 feet of a highway.

In Cattle Creek, it’s against the law to have sex with your spouse while bathing in a river or stream.

There are no laws on the books which prohibit bestiality.

Unmarried sex can result in a $300 fine or six months in jail.

When someone sells a reptile they are legally required to give the purchaser a written warning telling them not to kiss the reptile.

Noticeable boners, or as the law calls it, “covered male genitals in a discernibly turgid state,” are illegal in public.

It is illegal to knowingly drive a prostitute to their sex work.

Streaking is totally legal, as long as it isn’t done with “lascivious intent.”

In Buckfield, cab drivers cannot charge a fare to passengers who perform sexual favors in exchange for a ride from a place that serves alcohol.

Condoms cannot be sold in vending machines, except in places where liquor is sold.

Sodomy is still on the books as illegal.

Seducing and “debauching” an unmarried woman is a felony, with a punishment of up to five years in jail.

Grabbing someone’s clothed buttocks is not considered sexual assault (though lawmakers are working to change that).

In sex education classes, you are allowed to teach about contraceptives, but condom demonstrations are explicitly forbidden.

Springfield has tragically banned sideboob and underboob in public.

No one who is “afflicted with a venereal disease” is legally allowed to marry.

While prostitution within licensed brothels is legal, those brothels cannot legally be within 400 yards of a place of worship.

Topless bars are a no-go, as “indecent waitering” is illegal.

Adult businesses must devote no more than 40 percent of their square footage to adult entertainment.

There is a real city called Horneytown, and massage parlors are hilariously illegal there.

In Fargo, skinny dipping in the Red River is illegal between 8am—9pm, and presumably legal from 9:01pm—7:59am.

It is illegal for a stripper to touch a patron. Stormy Daniels was arrested for this just last month.

Sex education instructors must, against scientific evidence, teach students that “engaging in homosexual activity is primarily responsible for contact with the AIDS virus.”

Condoms cannot legally be sold in vending machines ever.

It is illegal to seduce someone using the promise of marriage.

It is illegal to use a covered wagon in any way for the purposes of prostitution.

In Skullbone, a woman may not “pleasure a man” who is operating a motor vehicle.

In Tremonton, you cannot legally have sex while riding in an ambulance.

In Beanville, it is illegal to sell or distribute roadmaps which have ads of a “lewd or lascivious nature.”

You cannot have sex in your car, no matter where you park it.

Strippers are not legally allowed to wear devices which simulate pubic hair.

It is illegal to transport anyone, sex worker or client, to a place of prostitution.

In Connersville, it is illegal for a man to fire a gun while his partner is climaxing.

In Newcastle, it is illegal to have sex in a walk-in freezer.

There is no federal regulation of the materials allowed in sex toys.