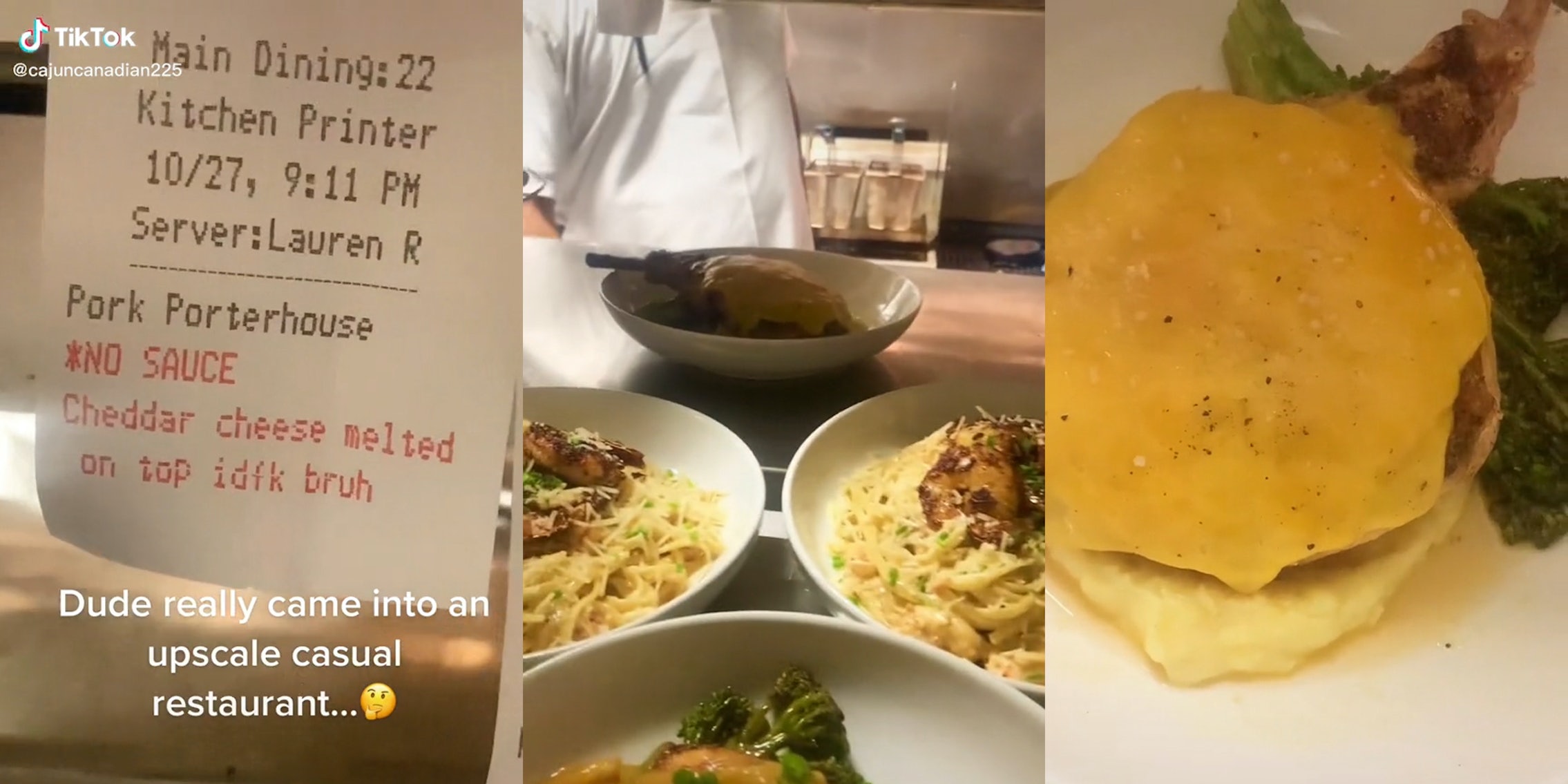 ‘Dude really came to an upscale casual restaurant and ordered this f*ckery’: Worker mocks customer for way they ordered steak

‘I would commit a homicide if this ticket showed up on my station.’

An alleged sous chef and employee at a casual, upscale dining restaurant recently flamed a customer for the way they ordered pork porterhouse.

In a video posted to TikTok, user @cajuncanadian225 shows the customer’s order receipt—coupled with the dish they requested from the kitchen.

Pork porterhouse is a lean, bone-in chop that averages about 10 ounces in size, according to some reports. It is typically grilled, broiled, pan fried, or braised. And when finished cooking, it can look similar to steak porterhouse.

But the customer who ordered the dish had some very unique requests. Specifically, they wanted no sauce on their meat and a slice of cheddar cheese melted on top.

“Idk bruh,” a server, named Lauren, who took the order, wrote on the receipt under the customer’s requests.

@cajuncanadian225, too, was quick to roast whoever ordered the modified dish. The text overlay on their TikTok video—which has just over 15,300 views—reads: “Dude really came to an upscale casual restaurant… and ordered this fuckery.” And in the caption, he doubled-down on his criticisms: “Just knew they were from them trenches. Who else does this?!?”

It’s not clear from the video or comments, however, which restaurant @cajuncanadian225 is employed at or what type of cuisine is typical. In the background, though, viewers can see the modified pork meal next to pastas and other dishes.

Indeed, the order prompted a spate of commenters to roast the customer as well.

“No. Absolutely NO,” wrote one viewer.

“I would commit a homicide if this ticket showed up on my station,” a second comment reads.

The Daily Dot reached out to @cajuncanadian225 via TikTok comment.