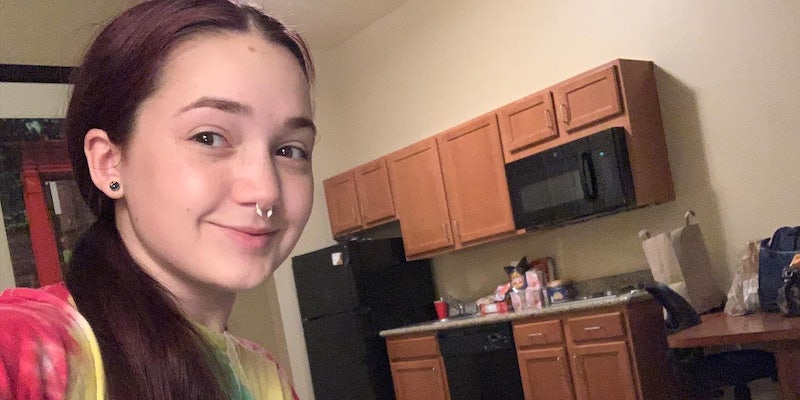 At only 14, Serena Fleites' life changed. Now, readers are doing something about it.

A 19-year-old woman, whose story as a victim of Pornhub’s child sex trafficking problem was recently published, has received tens of thousands in funds from well-wishers to help her with her education and living situation.

A day after the report was published, a fundraiser was set up for Fleites by Laila Mickelwait that has since raised almost $47,000 of its targeted $50,000.

On Monday, Kristof shared a photo of Fleites on his Facebook, announcing that she is “no longer homeless” and that had found a hotel to check into with the funds from the GoFundMe fundraiser.

“Readers also offered her housing and jobs, and generally enveloped her in love,” he wrote. “She is so glad to be safe and off the street and looking forward to studying again.”

Bill Ackman, a hedge fund manager, and billionaire tweeted on Saturday that he has “reached out and offered to pay” for her education; the Daily Dot could not independently verify this claim.

Meanwhile, people are celebrating the change in Fleites’ life.

“Wow you can see the relief in her face and what a nice smile. I can’t believe how terribly our culture can treat young women. I wish her all the best and thanks for posting,” wrote one user under Kristof’s photo.

“Thank goodness. I hope this is a turning point and she can get her life moving forward to a positive future,” wrote another.

In a statement posted on Facebook, Nicolas Kristof welcomed the changes and said there is more work to be done.