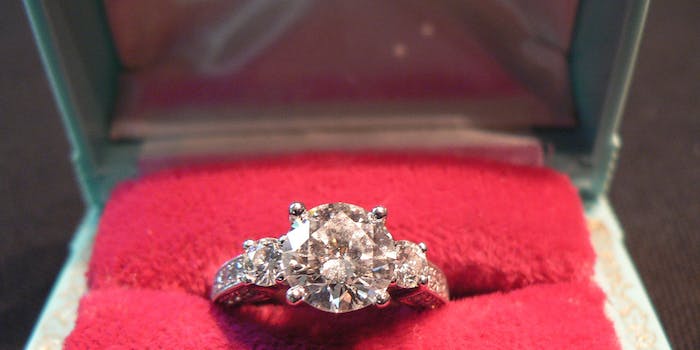 There should be a Rule 35 of the Internet: If an app exists, people will propose with it

What’s the one thing less original than creating an app that’s exactly like one already on the market? Using that app as a platform for—cue your best eyeroll GIF—proposing to someone on the Internet.

Last week, an anonymous user posted the following on the app: 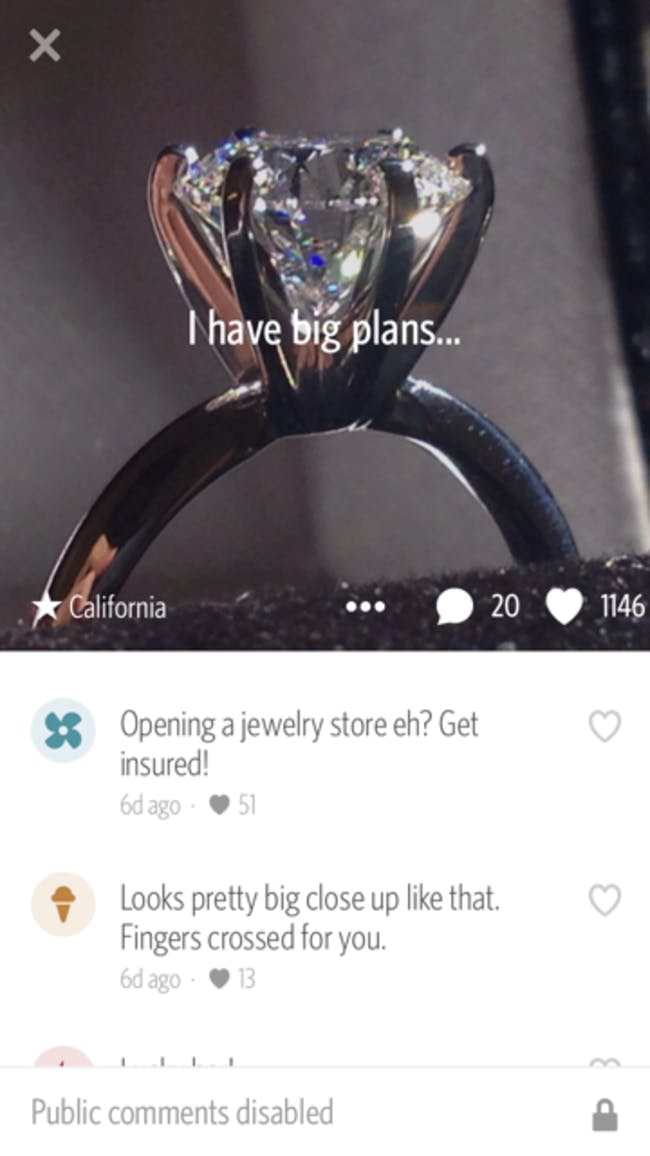 Lest any of the people in the user’s social circle waste sleepless nights frantically refreshing the feed, trying to deduce whether the original poster got a yes or no answer, another user posted an update in the comments section, writing “I said yes!!!” The original poster then confirmed it. 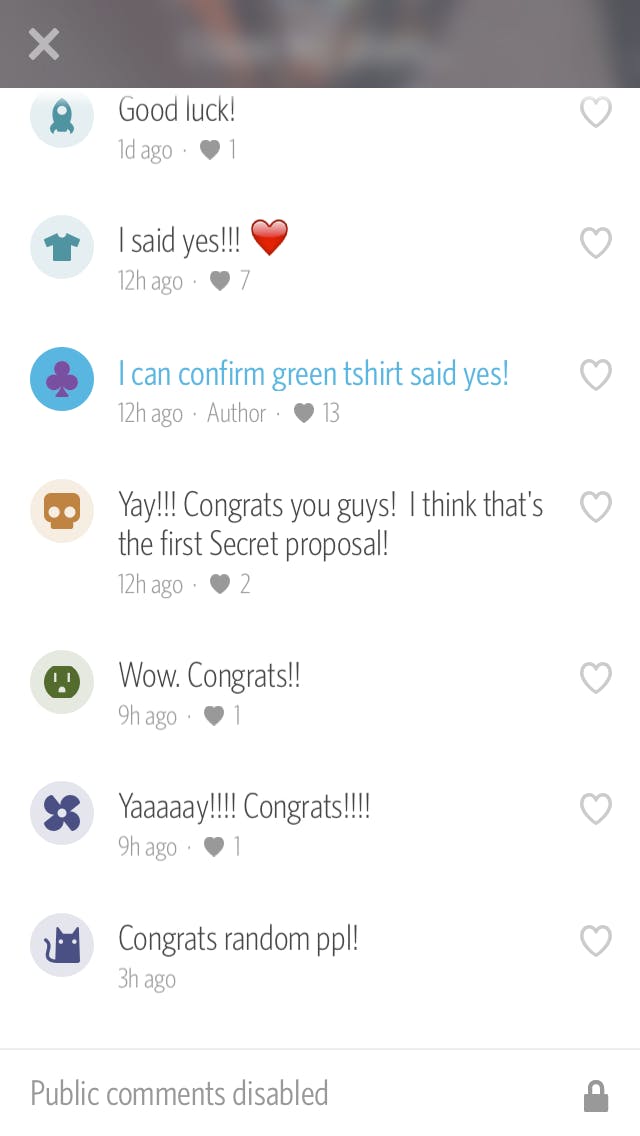 Yesterday, there was also this proposal to Michelle in California (unlike the previous example, Michelle has yet to respond, either because she’s heartless or, more likely, doesn’t actually know how to use Secret): 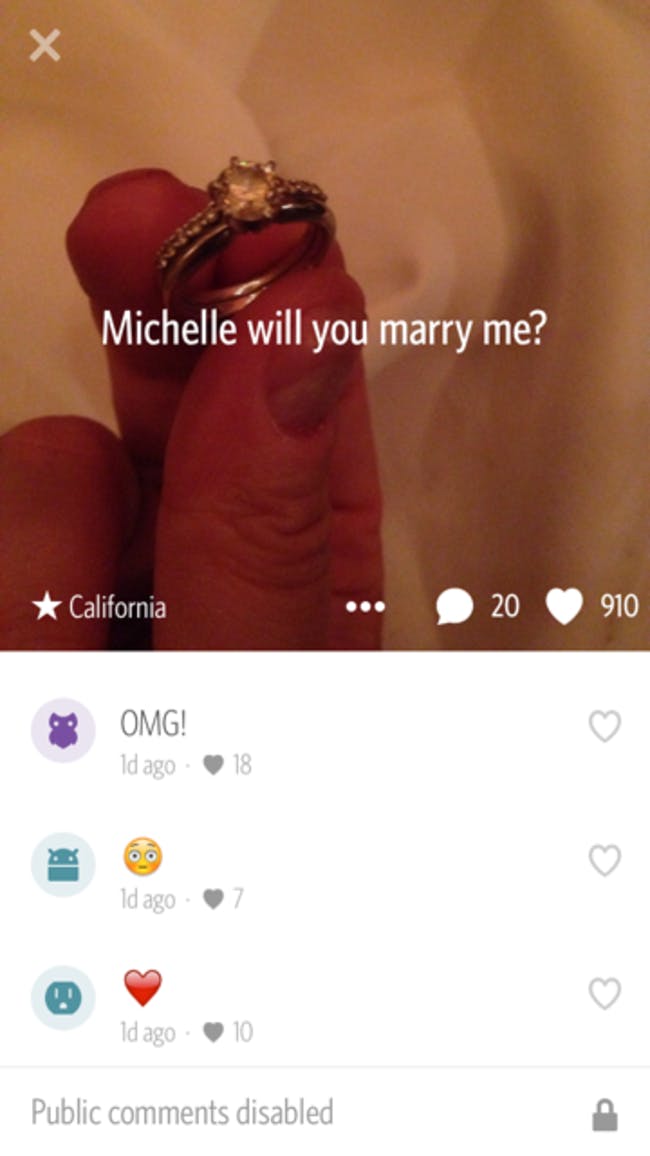 Of course, as Swimmingly points out, because Secret is anonymous there’s no way to tell for sure whether these proposals are real, or if it’s just a clever bit of marketing on the part of its founders (the iOS app launched only a few weeks ago). But if you’re the kind of person who enjoys reading other people’s deepest, darkest, most humiliating secrets against the backdrop of puppies frolicking, or babies wearing hats, then you’re probably also the kind of person who believes that all proposal memes are both legit, and romantic.

So let’s keep the mystery intact and wish the happy couple a hearty mazel tov.