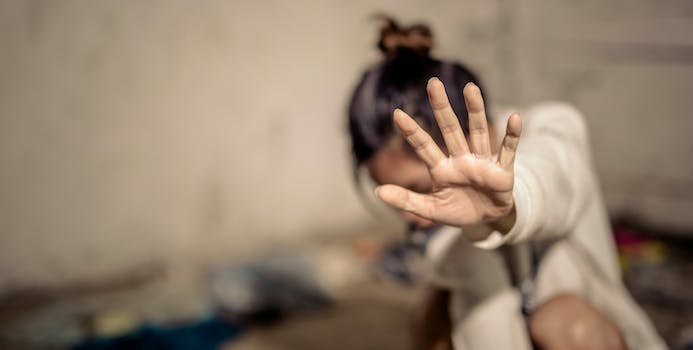 This Supreme Court case could determine the future of workplace harassment

'Right to work' laws could mean 'right to harass.'

There is a Supreme Court case on the docket for 2018 that could deeply affect how women, people of color, and other marginalized groups contend with sexual harassment and discrimination. And it’s a case about union dues.

AFSCME v. Janus is certain to determine the future of organized labor in America. If the court rules in favor of state worker Mark Janus, then public sector jobs across America will become subject to “right to work” laws. This means that an employee in a unionized workplace can choose not to pay union dues, which will, in turn, reduce union budgets and cripple their scope and effectiveness, if not diminish unions completely.

The American Federation of Labor and Congress of Industrial Organizations (AFL-CIO), a federation of 56 national and international labor unions, says the real purpose of “right to work” is “to tilt the balance toward big corporations and further rig the system at the expense of working families. These laws make it harder for working people to form unions and collectively bargain for better wages, benefits, and working conditions.” This has already proven true in states that have passed their own “right to work” laws like Wisconsin, where Gov. Scott Walker has attacked teachers relentlessly during his time in office.

The decision in the SCOTUS case, which is expected to be argued in early 2018, will apply to all workers in public sector unions, including government employees like teachers, police officers, medical professionals, and librarians. About half of unionized workers in America work in the public sector.

While “right to work” will undermine protections most often associated with unions—like fair wages, overtime pay, and benefits—it will also make it more difficult for workers to combat sexual harassment and gender discrimination in the workplace. Systemic issues like the gender wage gap are worse in a non-union place of employment.

“A unionized workplace is more likely to have uniform wage scales and wage transparency, both of which have the effect of reducing gender and race-based wage discrimination,” Jake White, a union-side labor attorney told the Daily Dot. “Nationwide ‘right-to-work’ for public sector workers will decrease unionization and exacerbate already-existing pay disparities between men and women, and whites and people of color.”

A union’s role in the fight against gender discrimination goes beyond wages, too. One of the most fundamental ways a union protects marginalized workers is by including contractual language to deal with sexual harassment. This language is important because there are issues the average employee may not consider vital when fighting harassment; there is also language that could be used to strengthen an employee’s legal standing if the case goes to court. One example is including a “bypass procedure,” which allows initial complaints to be filed through someone other than the immediate supervisor, who may be the harasser. By making their representatives and lawyers available to assist with harassment claims and contract enforcement, unions ensure solutions that protect workers.

Unions are also known for collective bargaining, which includes determining if an incident of misconduct is part of a pervasive workplace problem. A unionized workplace can more effectively uncover how many employees have been harassed, what sort of pay disparity exists, and what other instances of inequality are present. Union representatives can investigate these incidents without fear of retribution because they’re not employed by the accused company. In the same vein, unionized workers can feel more latitude in reporting claims because their union contracts minimize retribution.

Unions have also taken a leading role when it comes to the internal work of educating employees about sexual harassment. Some unions have implemented training for workers on how to handle workplace harassment incidents (like these guidelines posted on an electrical workers’ union site) as well as conducted surveys of who and to what extent workers have experienced harassment.

Workers also see unions as a tool for fighting sexual misconduct particular to their industry. Organizers working toward a graduate student union at Columbia University see their efforts as a way to combat campus sexual assault, especially in the wake of Education Secretary Betsy DeVos’ rollback of sexual assault protections under Title IX. Gayatri Phadke, a Ph.D. candidate, told Ms. Magazine, “The benefit of a union contract is that regardless of what happens at the national stage, even if regulations are reduced according to the federal guideline, a union contract must be followed.”

At the heart of unions, and what makes them vital to fighting sexual harassment, is the simple idea that there is more power with the group than with the individual. While it would be nice to get to a place where one day a single woman’s accusation is enough, we are not there yet. As Jacobin editor Alex Press put it in response to the deluge of sexual harassment and sexual assault allegations brought against powerful men in recent weeks:

“Rather than trying to fight back against the harasser on her own, the safest bet for a woman is to find a vehicle to fight the issue collectively. Not only can this multiply the power on her side…but it protects her… If my coworkers commit to backing me up, and taking action if I face repercussions for speaking up, it becomes much harder for that harasser to win. He can fire me—or get me fired if he isn’t the boss—but he can’t fire all of us.”

If the Supreme Court rules against the unions in AFSCME vs. Janus—and with a right-leaning court of justices, it very likely will—women and other marginalized groups across the country could be left with very different places of work. These external, internal, and industry-specific safeguards could go away overnight, as obstacles to reporting harassment and organizing against harassment will multiply in the absence of collective bargaining. Fast food workers, for example, a largely unorganized sector, report extremely high incidents of harassment in the workplace and subsequent retribution at far higher rates than organized workplaces.

In a time filled with one disheartening legislative maneuver after another, it’s important to remember a lesson that unions preach every day: Solidarity is the only path to a fair and equitable workplace for everyone.