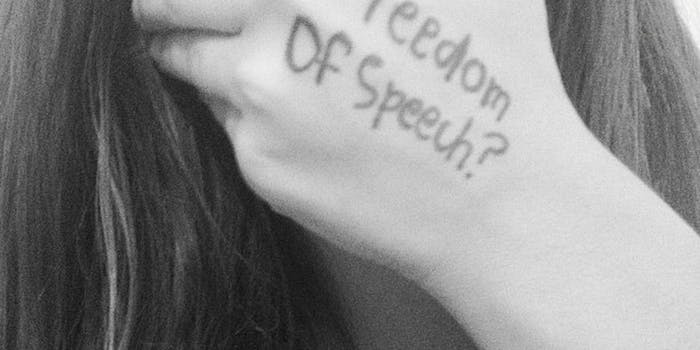 A rape victim won’t be held in contempt of court for tweeting out the name of her attackers.

News outlets from around the world zeroed in on the case of Savannah Dietrich after she named her attackers in a public tweet and faced a contempt of court charge.

But now an attorney for the boys has withdrawn the motion to charge the 17-year-old girl.

The teenagers pled guilty last month to to first-degree sexual abuse and misdemeanor voyeurism. Angry with their plea deal, Savannah Dietrich shared their names on Twitter despite a court order telling her not to speak of proceedings.

The worldwide media coverage that the case brought made it pointless to continue with the contempt charge, attorney David Mejia told The Courier-Journal, since the boys’ names have been widely reported elsewhere.

After dropping the motion Monday, he said the “whole purpose was to protect her privacy and confidentially and my client and his family and the conduct and actions of juveniles, people under the age of 18.”

Chris Klein, another attorney for the boys, claimed he did not wish for Deitrich to go to jail (a contempt charge carries a $500 fine and up to 180 days in jail in Louisville, Ky). He simply wanted her to abide by juvenile court confidentiality rules and delete the tweet naming his client. After the worldwide press coverage, his latter demand was certainly moot.

Dietrich summed up her feelings about the case and being able to freely talk about it in a tweet posted early Tuesday:

“Talking is always the most therapeutic way to overcome a sex crime. Never hold it in. It will slowly break you. You must express to heal.”