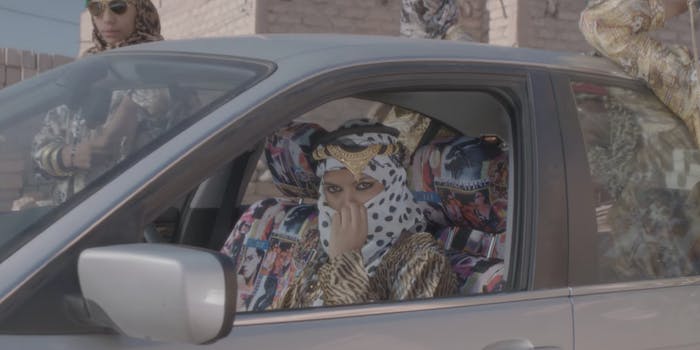 In less than a year, women in Saudi Arabia will be able to legally obtain drivers licenses and get behind the wheel—all without the permission of husbands, fathers, or other male “guardians.”

In a state television and Washington, D.C., media event held Tuesday, Saudi Arabia announced in a royal decree that it would be ending its policy against women driving.

According to the New York Times, the new policy was agreed upon by the majority of the Council of Senior Scholars, the kingdom’s top clerical body, under the condition that it’s implemented in accordance with Shariah law. The policy is scheduled to go into effect on June 24. Women will be able to drive alone, but the country’s Interior Ministry is to decide whether women will be able to drive professionally.

Ahead of the new policy, traffic laws will be amended to include things such as the ability for men and women to obtain government-issued licenses. A high-level ministerial committee will also be formed to study and implement potential necessary changes, including training police on interacting with women (unrelated men and women rarely have contact in the country). The committee will have 30 days to provide recommendations.

In a news conference at the Saudi embassy in Washington, Saudi Ambassador Prince Khalid bin Salman said obtaining a license will fall out of line with the country’s “guardianship” laws, which require women to get consent from their male “guardian” to travel abroad, work, or have medical procedures. These guardianship laws have loosened in recent years, as evidenced by women being allowed to drive without needing this permission.

Saudi leaders anticipate the policy will act as an economy boost, allowing women to work without having to spend salaries on drivers or depend on male relatives to take them into the office.

Saudi women have protested the country’s female driver ban since as early as 199o, voicing their opposition by driving illegally or recording footage of themselves driving to upload online. Prominent activists Fawziah al-Bakr, Manal al-Sharif, and Loujain Hathloul, who have all been arrested or detained for their work to lift the ban, celebrated the announcement with others across Twitter.

“It is amazing,” al-Bakr, a Saudi university professor, told the Times. “Since that day [the first protest in 1990], Saudi women have been asking for the right to drive, and finally it arrived. We have been waiting for a very long time.”