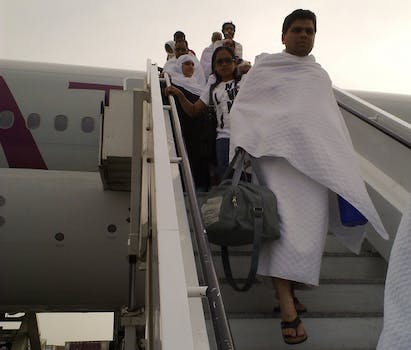 The two-year old program has come under renewed controversy thanks to outrage on Twitter.

A two-year old program to inform Saudi men when their dependents (including their wives) leave the country has suddenly become highly controversial—thanks largely to Twitter.

In April, the Saudi Ministry of the Interior introduced a system called “Absher.” As part of a “larger e-Government system,” Absher allows Saudis to deal with the ministry without physically visiting one of its offices. To use the system, you must register your mobile number. Among other services, Absher allows a man to issue travel permits to his dependents.

According to Ahmed Al Omran, in his blog Riyadh Bureau, this system has been in place in some form since 2010, but has really gained attention within the last week. The difference now, he said, is that earlier, you had to sign up to be included in the system. Now, you are a part of it, whether you like it or not.

“The text messages would be sent,” Al Omran wrote, “when any of your dependents leave or enter the country. In Saudi Arabia that includes not only your underage sons and daughters, but also your wife (and other women under your custody) as well as foreign workers sponsored by you. Dependents are not allowed to leave the country without permission from their guardian or sponsor.”

Among the storm of Twitter responses to the news, @khalid_alfarraj suggested, one presumes facetiously, that the government consider implanting chips in women the way they do in family pets. @sarah_nq tweeted that “men in this country are obsessed with control especially controlling women.”

The Kingdom of Saudi Arabia is ruled with the connivance of extremely conservative clerics whose breed of Islam, Wahhabism or Salafism, has led to a ban on women driving and prosecution of “blasphemy” at the drop of a hat.

A move toward reform by the people of the Kingdom, with the sympathy of many of its leaders, who have often clashed with their clerical counterparts, has produced, among other things, a women’s driving movement.