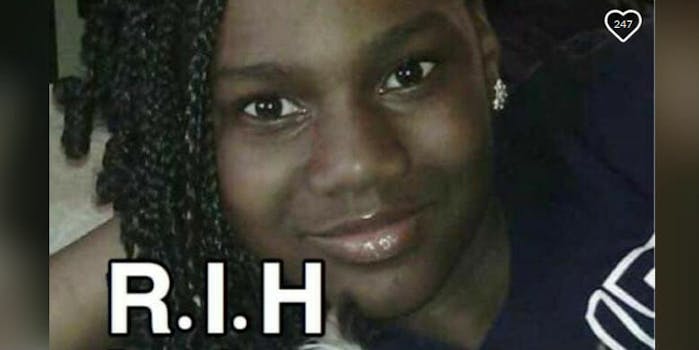 13-year-old who wrote award-winning essay on gun violence has been shot, killed

A bullet was shot through her bedroom window.

A 13-year-old who once wrote an award-winning essay on gun violence was struck by a stray bullet and killed Monday night, CNN reports.

Sandra Parks was sitting in her bedroom in Milwaukee when the bullet shattered her window before hitting and killing her around 8pm CT.

Parks was an eighth grader at Keefe Avenue School. Two years ago, she wrote an essay that won third place in a contest honoring Martin Luther King Jr. Her essay, titled “Our Truth,” discussed the violent state of her city and lamented that “little children are victims of senseless gun violence.”

Sandra Parks, 13, wrote this essay about gun violence and its effects on children like her. This week, she was killed by a stray bullet while she was in her bedroom. https://t.co/ituJuEAWvz pic.twitter.com/nsU4KbX8t2

Milwaukee Mayor Tom Barrett held a press conference Tuesday. “Sandra Parks, a 13-year-old, went into her bedroom. She never came out alive,” he said. “Tragically, her death was caused by someone who just decided they were going shoot bullets into her house and she’s dead.”

Bernice Parks, Sandra’s mother, started a GoFundMe page asking the community for assistance with the memorial service. She spoke to WISN following her daughter’s death. “My baby was not violent,” she said. “My baby did not like violence.”