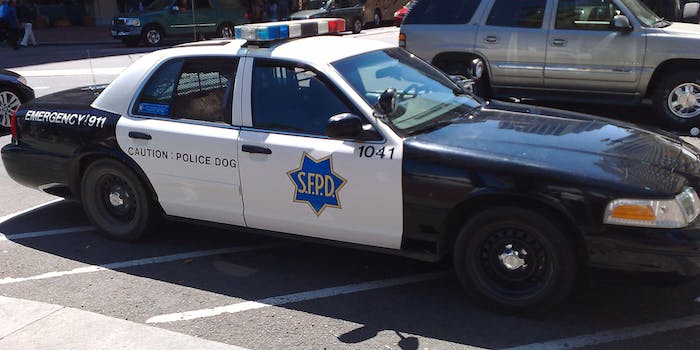 You'd think cops would know better than to self-incriminate like this.

Seven San Francisco police officers have been suspended for sending racist text messages that featured the repeated use of a slur against African-Americans and derogatory comments about President Barack Obama.

One of the officers suspended was a captain, San Francisco Police Chief Greg Suhr told reporters at a Friday press conference.

The text messages came to light during a federal investigation into a former San Francisco Police Department officer, which led to his conviction on corruption charges. As investigators examined former SFPD Sergeant Ian Furminger’s phone, they found text messages between him and 14 other officers that contained racist language and bigoted phrases. The government published many of these texts in a court document opposing Furminger’s attempt to have a judge set bail for his temporary release.

One officer texted Furminger, “All n***ers must f**king hang.” In response, he wrote, “Ask my 6 year old [sic] what he thinks about Obama.”

Referring to the suspended officers, Chief Suhr said, “Their conduct is incompatible with that of a police officer and I believe causes them to fall below the minimum qualifications required.”

The text messages involved Furminger and 14 other officers. Of the seven who have not been suspended, one resigned, two were reassigned pending a disciplinary hearing, and four remain on duty while Chief Suhr decides how to handle them.

San Francisco’s police chief cannot unilaterally terminate an officer’s employment, but Suhr has recommended that the city’s Police Commission exercise its power to do so.

“There will be more than a few officers referred to the Police Commission with a singular recommendation for termination,” he said.