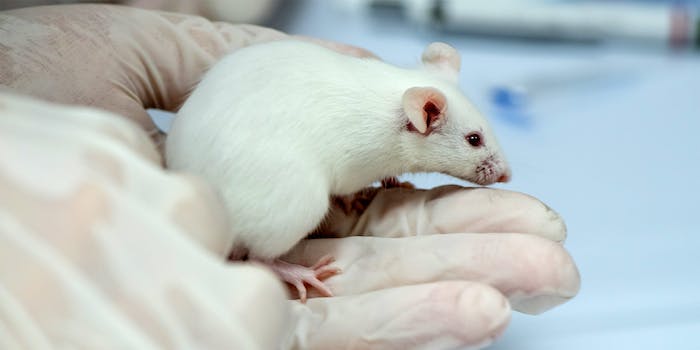 Same-sex mouse couple delivers healthy babies, and humans wonder if they might be next

Even though mice are a long way away from humans, people can’t help but get excited.

Scientists in China have successfully helped mice of the same sex have pups, a feat many hope is the first step to same-sex humans being able to do the same.

The researchers were able to achieve their goal of same-sex mouse parents through gene editing and stem cells. This isn’t actually the first time scientists have successfully helped two female mice bear pups; it was originally done nearly a decade and a half ago, in 2004.

A major difference this time, though, is that through DNA tinkering, the researchers successfully had a surrogate mouse deliver pups for a paternal same-sex mouse couple. Unfortunately, none of these pups survived for very long. Of the 12 mice born to the new mouse fathers, only two survived more than 48 hours and eventually perished as well.

The news for gay female mice, on the other hand, is spectacular. Not only were healthy pups born, some of those pups even were able to grow to adulthood and have their own babies. The scientists edited the genes they were working with to try to mitigate issues they’d seen in the past with these experiments, but there’s still no guarantee issues won’t develop in following mice generations, a common side effect of altering genetic data.

Even though there’s a long way to go, people are starting to get excited about what these results could mean for the futures of same-sex couples who want to have biological children.

I'm SO gonna quote this the next time somebody yells "But you need a man and a woman to produce children!" https://t.co/n0VOEXjzTN

Scientists won’t commit to the possibility of this method being used in humans but recognize it is there. “We can’t assert this technique could never be used in humans in the future,” said Wei Li of the Chinese Academy of Sciences in an email to National Geographic.

While many are understandably clamoring for this technology, people understand messing with genes is no joke. It’s a complicated science, which often produces unpredictable results. Other researchers in the field have described doing such experiments on humans as “ethically impossible.”

We may have a long way to go before human same-sex couples can have biological children together, but at least we have successes like this experiment to light the way.