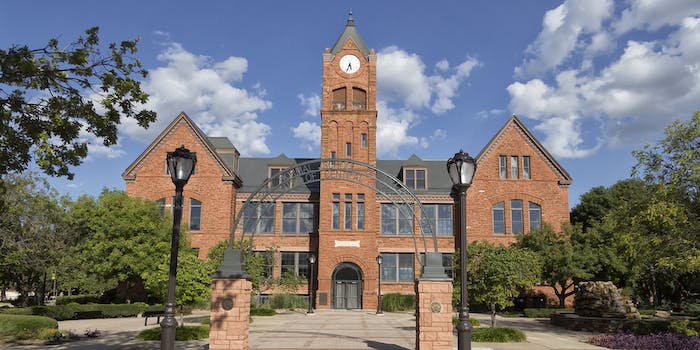 Two University of Oklahoma students spotted in their fraternity’s racist viral video apologized on Tuesday night. Parker Rice, who is seen in the video leading the members of Sigma Alpha Epsilon (SAE) in the chant, issued an apology after his name spread through the media. In his apology, he confirmed that he had left the school.

Shortly after Rice’s apology was published in the Dallas Morning News, the newspaper updated its online story with an apology from the parents of another student in the video, Levi Pettit.

“We raised him to be loving and inclusive and we all remain surrounded by a diverse, close-knit group of friends,” his parents wrote.

Importantly, Pettit’s parents acknowledged a key thing that Rice didn’t: apologizing to the people he hurt in the video. Petit’s parents wrote, “We would also like to apologize to the — entire African American community, University of Oklahoma student body and administration.”

Several Twitter users noted that Rice’s apology didn’t include any acknowledgement of black people, with one user writing “not accepted:”

Parker Rice, one of the fratbros from the racist #SAE chant video, forgets to mention Black people in his apology. pic.twitter.com/GDYeORrxJr

University of Oklahoma president David Boren said yesterday that once more students are identified in the video, “they will be subject to appropriate disciplinary action.” There will likely be many more public apologizes to read.