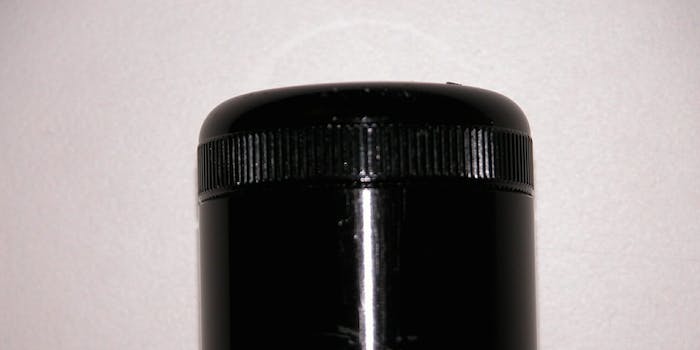 The first incident, in which a 25-year-old woman was beaten, dates back to 2007.

A Sacramento sheriff’s deputy is facing allegations of brutality for a third time in court after he was captured on video beating a suspect with his flashlight.

Deputy Paul Pfeifer is seen in newly released dashcam footage hitting a man repeatedly through his car window with a department-issued flashlight. The man inside, 49-year-old Mickey Donohue, whom police say had just been released from prison, was suspected of stealing the vehicle and allegedly led Pfeifer on a high-speed chase.

The video, captured on Sept. 8, 2014, shows Pfeifer continuing to beat Donohue even after his backup arrives.

The incident involving Donohue is one of three incidents in which Pfeifer has been accused of excessive force during an arrest. In each, the deputy admitted to using his flashlight as a baton.

Pfeifer was captured in a cellphone video in December 2014 hitting a 51-year-old man with a flashlight while he was on the ground.

The suspect, John Reyes, reportedly suffered a broken nose and several bruises and lacerations to his face and skull. Reyes had already been pepper-sprayed and electrocuted with a Taser before a witness started recording the arrest, according to his attorney. An investigation into Pfeifer’s actions during the incident is ongoing.

In September 2007, the County of Sacramento paid $20,000 to settle a lawsuit brought by a university student against Pfeifer, who detained a 25-year-old woman at a barbecue and repeatedly beat her with his flashlight.

The woman, Solomia Treschuk, claimed she was hogtied by Pfeifer and beat all over her body. Pfeifer was responding to a noise complaint at a birthday party for Treschuk’s fiancé.

The Sacramento County Sheriff’s Department has declined to comment on the pending allegations.

Pfeifer, a 14-year law enforcement veteran, was placed on paid leave following the incident involving Reyes. He has since been promoted to detective, according to local FOX affiliate.